A blow for hunters and the game industry 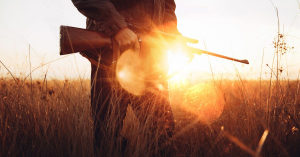 Environment, Forestry and Fisheries Minister Barbara Creecy on Tuesday announced new regulations that will make hunting extremely difficult for hunters. In terms of the regulations which have already been published in the Government Gazette, hunting is only allowed in the province in which the hunter resides. Interprovincial travel for this purpose is therefore prohibited.

From now on, hunters will only be allowed to hunt in their own provinces and only for the purpose of obtaining meat for own consumption. No accommodation may be provided for hunting purposes.

South Africans could only hunt for a short while in 2020. Adri Kitshoff-Botha, CEO of Wildlife Ranching South Africa, pointed out that a normal hunting season in South Africa runs from May to the end of August. This year’s season only started on 5 June under Level 3 regulations.

According to Fred Camphor, CEO of the SA Hunters and Game Conservation Association, the new regulations mean that hunting is banned for all intents and purposes. In reality, hunters can only hunt in their own province. Moreover, they will only be able to travel between 04:00 in the morning until 21:00 by which time they have to be back home.

“This directive comes as a very unpleasant surprise to the President’s speech that the economy should be reopened. A meeting has already been called with the Minister to discuss the subject,” Camphor indicated. The economic impact of the lockdown measures on the game industry and related industries is huge and it also affects workers and conservation efforts, including anti-poaching actions.

According to Margolé Riekert, a project manager at HelpHunt, the project managed to accumulate more than 20 tonnes of meat during the short period hunting was allowed this year. The rules and regulations that apply during the lockdown mean that hunting has been and will be seriously curtailed and there is also major uncertainty about when the public would be allowed to hunt again. According to Riekert, this will have a direct impact on HelpHunt’s ability to distribute meat.

In view of this, HelpHunt decided to launch the #RandPerKilogram initiative together with its three ambassadors (Bakkies Botha, the former Springbok rugby player, Adam Tas and Appel, both well-known singers and songwriters) as well as Wild & Jag/Game & Hunt. In terms of this initiative donations of R35 can be made to support the game industry and the HelpHunt project. The sum of R35 can buy a kilogram of venison to be donated to the Lunchbox Project which feeds impoverished preschoolers and their families. It also creates an opportunity for game farms or reserves to generate income in these difficult times. Such income can then be used for general maintenance, to pay workers and for other key activities such as anti-poaching actions on farms.

If you want to make a donation to the #RandPerKilogram initiative, be it as a hunter or a non-hunter, please use the following link: https://helpjag.co.za/randperkilogram/

According to Riekert, HelpHunt will not be deterred by this announcement by the minister and is going to market the #RandPerKilogram initiative even more aggressively in response.