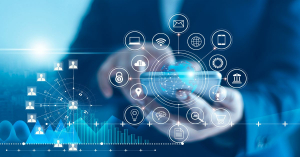 As the Covid-19 pandemic brings South Africa’s widening digital divide into sharp focus, having the latest generation connectivity, unaffordable for many, will not make much of an economic impact without lowering the costs.

South Africa has had some success with its various deployments of third-generation (3G) and fourth-generation (4G) long-term evolution (LTE) technologies in recent years, with penetration nearly at the 100% mark.

However, just because many people have relatively easy access to a mobile phone, not all South Africans can afford its use, thereby negating its intended impact and further widening the digital divide.

Speaking during a Nedbank webinar on narrowing the digital divide, Altron Nexus CEO Mark Harris, highlighted the highly unequal access to fast and affordable internet connectivity, with the cost of accessing the network a barrier for lower income households.

Broadband is a major enabler of social and economic change, with many benefits, he told participants during the webinar, which was hosted in association with EE Business Intelligence and the University of the Witwatersrand’s Joburg Centre for Software Engineering.

For every 1 000 additional broadband users, 80 new jobs are created, while every 10 percentage points increase in broadband penetration brings about a 1% growth in gross domestic product.

Communications and Digital Technologies Minister Stella Ndabeni-Abrahams said that the proportion of households using only cellular phones as a means of communication steadily increased to 89,5% in 2018, showing greater reliance on mobile phones, while, at national level, the proportion of households with access to the internet was 64,7%, half of which used mobile phones to do so.

However, Harris points out a collective 12% of households have access to ADSL and fibre, while primary home internet access through a wireless router or tablet are only at about 21% and 10% respectively.

While mobile connectivity is high in the country, it is not “good enough to have the type of economic and social impact required”.

For lower income households, citizens may have access to 3G connectivity through their phones. However, they cannot afford its use.

While the cost of data is continuously decreasing, there is a long way to go before connectivity and broadband becomes affordable for all.

Much progress is being made toward universal access and focus remains on ensuring equal access to an inclusive digital economy. However, there is a need to prevent South Africa’s digital divide from growing further.

“I just fear that when you go look at the impact it has actually had on a large part of our population, the divide has actually increased, rather than us being able to use the situation in order to improve it,” Harris commented. He cited a divide between some schools’ ability to convert to a virtual classroom during South Africa’s lockdown period to ensure continued learning, while other schools had zero access to virtual learning opportunities and fell behind.