WerkNet
Your Family
Your Career
Your Health
Your Money
You and the Law
Occupational Guilds
Solidarity Youth
S-Leer
Home › News Office › An open letter to Mr. Panyaza Lesufi 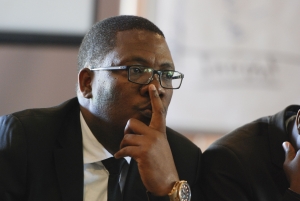 During the past two weeks you have made many statements regarding the application process for children who will be in Grade 1 and Grade 8 next year.

More evident than the children you would like to accommodate, is the ideology and language you want to enforce at schools. On 16 May you published a tweet which one of your followers shared where your own legislation was described as legislation against racist white Afrikaners. During an interview on 19 May, you called any person who differs from you, a racist.

Your strategy is clear to us all. Stalin perfected it more than half a century ago, namely to humiliate anyone who is against your plan and to call them anti-revolutionary, or in your case, racist. Apparently, it does not matter to you how valid and fair their comments are.

The actions you refer to are specifically those of the Support Centre for Schools (SCS) and AfriForum who wanted, among other issues, that a child’s preferred language of instruction be considered in the placement process. According to you, this request is ridiculous. “Why do people fight for Afrikaans education? There are no Afrikaans universities in South Africa anymore,” you said at a media conference on 20 May.

You did not declare war on a language – how does one do that in any case? A language is not tangible; one cannot kill it. You also did not declare war on the speakers of the language – not even your huge party has the power to prevent people from speaking their language, or to threaten them with violence if they do so. So, what did you do? You declared war on the future of six and fourteen-year-old children. The parents of those children actually pay your salary. And you are proud of it.

The smoke screen of equality with which you are trying to cover this does not fool anyone – you are making it clear that you are targeting Afrikaans as language of instruction.

It is interesting, Mr Lesufi, that you are not the first person who tried to ram English education down the throats of small children in that area, which is now known as Gauteng. Alfred Milner, a man who held much the same opinion about English as you do, Mr Lesufi, forced children to carry a sign around their necks, saying: “I am a donkey because I spoke Dutch”.

Actually, Mr Lesufi, you only confirmed what many of us have thought for years but could not prove: Mr Mandela’s statements and promises about Afrikaans were not the views of the ANC at all; they were his own views, at least at that stage. Parents were gently convinced that they could decide for themselves what the language of instruction for their children should be. This request is not unreasonable. From the earliest times of education, parents were able to decide in which language their children should be educated. If parents then decided to educate their children in a language different from their own, Mr Lesufi, it might be contrary to my own beliefs, but it would be their choice.

Your approach to the entire registration issue clearly highlights your own intentions:

I want to something peculiar; I want to thank you, Mr Lesufi. Thank you for showing us that the ANC does not care about multilingualism; thank you for confirming our fears. It has always been merely a smoke screen. Thank you for ripping the blinders from our eyes – we now see that we will have to put our shoulders to the wheel and take the responsibility for our children’s education out of the state’s hands as soon as possible. Thank you for showing is that you will not hesitate to make young children the victims of your ideology, and then feel proud about it. We understand better now.