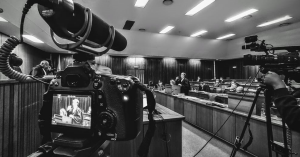 Solidarity and AfriForum today in the Northern Gauteng High Court served their applications for leave to appeal in their respective cases against the Department of Tourism. This comes after this department earlier announced that emergency relief to businesses in this industry that are affected by the Covid-19 crisis would be granted subject to racial criteria.

Solidarity argues that government has a responsibility to all citizens of the country, and that it is insane and immoral of government to insist that it has a right to discriminate.

Solidarity Chief Executive Dr Dirk Hermann says: “It is outrageous that relief funds are allocated in such a way. We are not talking about subsidies or support here. We are talking about a government which has forced an industry to its knees as a result of a cumbersome and harmful lockdown and which then decides that only business owners belonging to a certain race group may have access to emergency funding.”

AfriForum points out that the Covid-19 crisis has exposed government’s true colours and its racially-driven goals, which means that minorities will once again have to think about ways to look after themselves and after each other amid hostility from a government that certainly does not want to look after the interests of all citizens, especially in a time of crisis.

According to Kallie Kriel, AfriForum’s chief executive, the application for leave to appeal is but the beginning of a legal process which AfriForum is prepared to ultimately take to the highest court in the country and even challenge it internationally. “It is important that legal certainty be obtained on whether it may happen that in the current constitutional dispensation minority rights can be subordinated to such an extent that even during an emergency situation minorities can be blatantly discriminated against,” Kriel added.