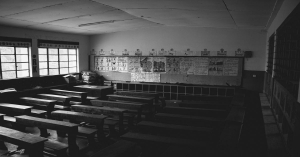 In a letter of demand addressed to President Ramaphosa, Ministers Angie Motshekga and Nkosazana Dlamini-Zuma, as well as the provinces’ Education MECs, Solidarity warns that a further extension of the 2020 school year would be catastrophic. Learners are estimated to have lost between 30 and 69 school days depending on the particular grade. However, they would be able to still complete the school year on 15 December provided that there is no further disruption.

According to the published education directives, schools that have been permitted to deviate from the original return dates for the various grades will be allowed to continue their process in deviation of the revised dates.

Although Solidarity welcomes this initiative it is concerned that a further revision of the school calendar may result in an extension of the present school year into 2021, which would apply to all schools. According to the directives the period has already been extended as it is from 24 August to 31 August, a week later than what was announced initially.

“Any further overflow to 2021 will be catastrophic. The extension of the 2020 school year is the result of pressure from certain trade unions in spite of available proof that it is in the best interest of learners for schools to stay open,” says Solidarity Chief Executive Dr Dirk Hermann.

It appears that the biggest trade unions in education, the South African Democratic Teachers Union (SADTU) and the National Professional Teachers’ Organisation of South Africa (NAPTOSA) are not impressed by the fact that schools are closed for one month only.

Despite Minister Angie Motshekga’s brave struggle to keep schools open, the precedent has already been set that pressure from trade unions are transformed into centralised action in favour of their demands, without taking into account the unique circumstances of provinces and schools.

“Solidarity and the SCS is of the continuous viewpoint that the decision whether to open or close schools must be made by governing bodies and schools’ managements and not by the state. This principle, as supported by the South African Schools Act and the latest court rulings, should settle the matter,” Hermann concluded.