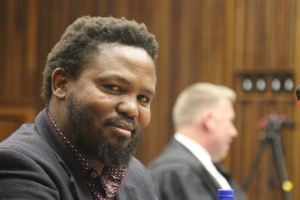 “We are very positive about today’s proceedings. We believe that justice should prevail for the Hoërskool Driehoek’s parents and that racists like Andile Mngxitama and the BLF must be admonished. Solidarity is looking forward to the judgment,” Solidarity’s Head of Legal Services Anton van der Bijl said.

Adv Dirk Groenewald (on behalf of Solidarity) argued in court that to date no apology has been made before the court and that the BFL is merely defending its position, emphatically refusing to admit guilt. BLF leader, Andile Mngxitama, today acted on behalf of the respondents and after several failed attempts to convince the judge of his political ideology, he asked the court to take into account in its ruling that their organisation is a revolutionary one that is bankrupt because of white privilege.

“To assume that the statements the BLF made about the Driehoek tragedy would not be harmful or painful for the victims’ parents is preposterous, and any counter-argument would be absurd,” Adv Groenewald argued during proceedings.

Solidarity filed the hate speech charge against the party at the Equality Court on 14 February 2019, after being given a mandate by the parents of the Driehoek school tragedy victims. The first appearance was due on 22 August this year but was postponed as the BLF did not show up for the case.

The charge followed after BLF spokesperson Lindsay Maasdorp had celebrated on social media the tragic death of four young learners. He wrote: “I would ‘mourn’ the deaths of the victims if they turned out to be black but ‘celebrate’ them if they were white…” He carried on: “If our God has finally intervened and our ancestors have petitioned and seen that these white land thieves have now died then I definitely celebrate it. I celebrate the death of our enemies, their children, their cats and their dogs. That is our position.”