WerkNet
Your Family
Your Career
Your Health
Your Money
You and the Law
Occupational Guilds
Solidarity Youth
S-Leer
Home › Press Releases › CCMA ruling: Eskom has to pay

CCMA ruling: Eskom has to pay 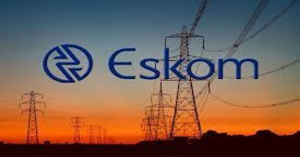 “We welcome the ruling and the fact that Eskom is now forced to take responsibility for its actions,” Tommy Wedderspoon, coordinator for the sector at Solidarity under whom Eskom matters resort, said. “It would appear as if major companies and institutions such as Eskom believe that by making changes to certain conditions of service their employees and trade unions would not notice it, and that they would thus be able to get away with such unlawful action. However, we have proven that every condition of service, whether it is rather insignificant in nature or of real significance, is important, and unlawful changes to it will not be tolerated.”

Solidarity declared a dispute and approached the CCMA after Eskom had changed its employees’ conditions of service in November 2017 without having followed the required consultation process. Some of these amended conditions of service specifically pertained to medical benefits and the education of employees’ children, the financial support for which had been withdrawn. The ruling in favour of Solidarity was given on 8 December.

“Solidarity simply cannot allow that employers amend the conditions of service of their employees without following the required consultation processes. We persevered and kept fighting until justice was done. We are delighted that this ruling once again proves that employers do not have the right to do as they please, exploiting innocent workers in the process,” Wedderspoon concluded.