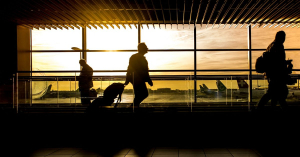 The preferred investment consortium for the group comprises several former members of the Comair board and executive management. This consortium will inject new equity of R500-million into the group and receive 99% of its shareholding in return (after the business rescue plan’s suspensive conditions have been met). Up to 15% of the shareholding will be transferred to an appropriate broad-based black economic empowerment partner within 12 months.

However, a further R1,4-billion is needed to relaunch the airline. This will be obtained from lenders, in the form of R600-million in new debt and R800-million in deferred debt (interest will be deferred by six months and capital payments by 12 months). The group will also be delisted from the JSE and a new board established.

The relaunch of the airline necessitated the cutting of operating costs and the increasing of ancillary revenues. The workforce will be cut from around 2 200 to some 1 800, by means of early retirement, voluntary retrenchment, and enforced retrenchment (under section 189 of the Labour Relations Act).

The relaunched Comair will retain its relationships with Boeing, British Airways, Discovery Vitality and Slow Lounges. Its aircraft will be returned to service in a phased manner, over a seven month ramp-up process. The plan is to restore the fleet to 25 aircraft, including two Boeing 737 MAXs.

Should all go as planned, Comair should exit business rescue by 31 March next year. After that, it should again be a sustainable business. Its fleet should be at full strength by June next year.