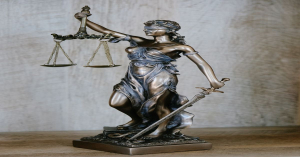 Solidarity’s Law Guild today submitted its comments on the proposed BEE codes for the legal profession. The guild opposes the proposed codes that the BEE regulations want to impose on private practices.

According to Solidarity, equality should not be imposed through state intervention in the form of legislation. More than 80% of law firms in South Africa are run by single practitioners. Such legislation would be the death knell for these firms.

“Any proposal that affirmative action must be applied mechanically must be rejected,” Henru Krüger, sector head of Solidarity’s professional guild said. “What the government is doing at the moment is to impose regulations on a sector that can regulate itself. Moreover, the state once again sees nothing but quotas, rather than recognising the real need and assessing the current situation within communities realistically.”

In its comments Solidarity contends that measures aimed at redress of discrimination from the past must be formulated with the necessary caution so as not to unnecessarily affect the dignity of all involved.

“Affirmative action should not be instituted as punishment or retaliation. The Legal Practice Council should be mindful that the steps taken to promote equality do not violate the dignity of individuals. Equality cannot possibly be promoted when regulations are enforced in an unfair manner and without insight,” Krüger concluded.

The comments can be read here.