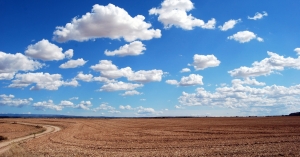 In its comments to the parliamentary ad hoc committee, Solidarity strongly condemns the proposed amendment to section 25 of the Constitution.

Apart from the disastrous effect of expropriation without compensation worldwide, Solidarity believes that the rationale for this policy is largely based on misconceptions about land ownership in South Africa.

Four core misconceptions are addressed in the comments.

Firstly, the misconception that white South Africans own 72% of the land in South Africa.

The true state of affairs, however, is that the ANC only took rural land owned by individuals into account to reach this figure. This means that only 30,41% of the total land area was taken into account for the calculation. There are 6,2 million landowners in South Africa, and most of them are actually black South Africans.

Of the 6,2 million landowners in South Africa, only 180 000 live in rural areas. This represents a meagre 3% of landowners living on rural land, which means that South Africans live primarily in residential areas.

Thirdly, that all land in South Africa is measured as being equal in value.

It goes without saying that the value of land forms an integral part of any calculation.

Finally, that there is a deep-seated desire among black South Africans to own land.

These points of departure are strongly advocated and even cited in the preamble to the proposed amendment, while the ANC’s own figures show that 95% of land claims result in financial compensation rather than the land itself being acquired.

“This distortion of facts about land ownership gives rise to the alarming thought that the ANC is prepared to incite unrealistic expectations among its supporters just to pursue its own political goals,” said Werner Human, Solidarity’s deputy COO of Legal Services.

“The ANC creates unreasonable political expectations that, as a natural consequence, will result in job losses and severely dampened economic growth. Ultimately, the generations of the future will bear the heaviest burden as a result of this,” Human added.

The lives of all South Africans, especially South Africans in deep economic distress, can only be improved if the many crises in the South African education system are tackled as a matter of urgency, and if favourable conditions are created that will lead to economic growth.

Solidarity is strongly opposed to the policy of expropriation without compensation and the amendment of the Constitution to implement this disastrous policy.