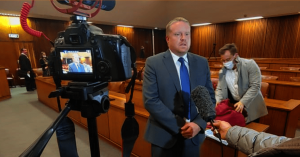 Solidarity and AfriForum have brought an urgent court application, firstly, to request more information concerning the vaccine conditions imposed on Johnson & Johnson by SAHPRA, and secondly, for the revision of the decision to impose these conditions. SAHPRA has approved the Johnson & Johnson vaccine, which is manufactured by Janssen Pharmaceuticals. The vaccine was approved on condition that the vaccine may be purchased only by the government.

The court application by Solidarity and AfriForum is twofold: Firstly, it is an application for information. The legislation provides that if there are conditions, such conditions must be published in the Government Gazette. AfriForum and Solidarity have been unable to find any such publication, and the organisations therefore urgently request this information. This is an urgent application and it will be heard on 29 June. Secondly, Solidarity and AfriForum request the revision of the decision by SAHPRA to impose a government monopoly condition for purchasing the Johnson & Johnson vaccine. This decision by SAHPRA is unlawful, since there are no provisions that enable them to impose these conditions.

“It is clear to us that the government has improperly interfered in the functions of SAHPRA. SAHPRA is supposed to look after the effectiveness of vaccines and other medication and not their centralisation and nationalisation. We are of the opinion that such a condition of centralisation is unlawful. At this stage already the government is incompetent to administer a proper vaccine roll-out programme, and I shudder at the thought of what will happen if vaccines are centralised in the government by such a condition,” said Anton van der Bijl, Head of Legal Affairs at Solidarity.

“The government’s vaccine roll-out programme so far has been an inefficient, dawdling fiasco and the country’s Minister of Health, Zweli Mkhize, has been put on special leave because of serious corruption allegations. Consequently, the government is in no position to deal with the purchase and distribution of vaccines on its own. Their own miserable record so far is the best argument against this monopoly,” said Ernst van Zyl, Campaign Officer for strategy and content at AfriForum.