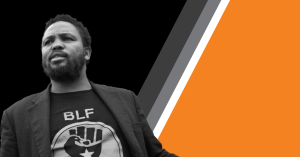 Solidarity lodged an appeal against the ruling by the Equality Court in favour of Black First Land First (BLF) on 3 December 2019. This is in connection with the remarks of their spokesperson, Lindsay Maasdorp, on the tragedy at Hoërskool Driehoek in which four learners died.

“We are happy about the leave to appeal,” says Anton van der Bijl, Head of Labour Law Services at Solidarity. Essentially, this confirms that another court could reach another conclusion.

According to the previous ruling, these remarks were racist, drastic, insensitive and barbaric and were expressed with the intent to hurt, damage and to incite racial hate. “This ruling lays the foundation for the criminal charge lodged by Solidarity to ensure that law and order prevail,” Van der Bijl argued.

“The BLF’s actions are inexcusable. They say things on account of cheap political arguments which exploit existing trauma and cause irreparable emotional damage and suffering. We will see to it that they experience the full power of the law,” says Van der Bijl.

The shocking statements by the BLF contribute to a severe polarised society where tragedies are exploited for cheap political games. “We can and shall not stand for it and we shall ensure that Mr Maasdorp and his friends be punished, “ Van der Bijl concluded.