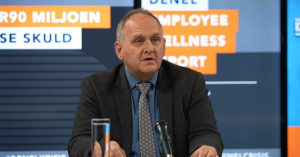 The Solidarity Research Institute (SRI) today during a media conference released a report on the mental and financial condition of Denel employees. This follows Solidarity having been embroiled in a legal battle with Denel for two years to pay the R90 million in salaries owed to its members.

Solidarity believes that this report draws a clear line between the fatal mismanagement of Denel and the tangible impact it had on ordinary people. Denel employees had to try and survive with partial or no salary payments for more than two years respectively.

“Denel’s situation is not only catastrophic from a financial point of view, but the entity as a whole went through a process of destruction. The consequences thereof are explicitly shown in the report. The financial impact on employees may be calculable, but one will never be able to calculate the emotional and mental impact it had on employees,” says Nicolien Welthagen, Research Psychologist at the SRI. “Jobs provide meaning, security and an opportunity to live a life of purpose. Denel employees are not only deprived of these things, but also of compensation for the work they do.”

Solidarity is furthermore of the opinion that the auctioning of Denel assets was a sad day for the organisation and its employees. Denel’s reputation has been damaged nationally and internationally possibly forever.

“To expect people to work without pay is unacceptable. However, this situation has not only put the dedication of Denel’s employees to the test, but it is also highlighted by this mismanagement,” Welthagen further stated. “The report is heart-wrenching because it deals with the lives of real people. Those people are real people on the ground; not millionaires. Those people cannot even think about retirement, let alone luxury cars and holidays.”

Solidarity hopes this report will clearly show South Africans what mismanagement of a state entity looks like.

“As heart-wrenching as it may be that Denel finds itself in a desperate situation as a whole, it is worse when you think of the people who have lost their homes and their vehicles, with the report making it clear that some have already contemplated suicide as the way out of their situation,” Welthagen concluded.