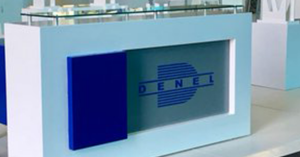 Solidarity today announced that it would resume the legal action it instituted against Denel in June. Solidarity would have been in the Labour Court on 30 June in the legal case against Denel over its failure to pay workers’ salaries and its failure to meet statutory obligations. However, the matter was removed from the urgent court roll after Denel’s legal team committed itself to a facilitation process, the outcomes of which would be by implication that Denel make up all its arrears and that Solidarity give input as to how such outcomes would be achieved.

“There seems to be a total lack of commitment from the board of directors, the Department of Public Enterprises and the Treasury as far as the successful turnaround of Denel is concerned,” Helgard Cronjé, sector coordinator for defence and aviation said. “Many turnaround plans have already been submitted by the management, but the board and the minister are not prepared to accept responsibility and provide the financial assistance that is required. Solidarity therefore has no choice but to continue with urgent legal action.”

According to Solidarity the resignation of the Group CEO, Mr Danie du Toit, would have further negative consequences for an already ailing Denel, leading to further uncertainty.

“Our first and foremost priority is to protect the interests of our members at Denel. They are loyal employees and we cannot allow that they have to sacrifice their salaries to pay for the corruption and mismanagement of the previous management,” Cronjé concluded.