Denel to exit some businesses within months 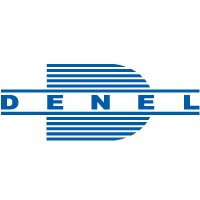 According to Engineering News, South Africa’s struggling state-owned defence company Denel told a parliamentary committee that it aims to begin disposing of equity stakes and exiting loss-making businesses within months as part of its turnaround strategy.

Denel, a manufacturer of ammunition, missiles and armoured vehicles for South Africa and customers elsewhere in Africa, the Gulf and Europe, received a R1,8 billion cash injection from the government at the end of last month after struggling to pay salaries and suppliers.

Denel is one of a handful of state-owned companies that needed to be bailed out by the government in recent months. A pillar of the country’s once mighty defence industry, the company recorded a R1,76 billion loss in 2018.

Denel has not yet released financial results for the 2018/19 fiscal year but a project to be insolvent according to a presentation to the parliament’s portfolio committee on public enterprises on Wednesday.

The company expects to raise R160 million in the third quarter of the 2019/20 financial year by disposing  of equity in Hensoldt Optronics, a manufacturer of high-tech optics such as sensors and radars, in which it owns a 30% stake. The fiscal year runs from April 1 to 31 March with a third quarter running from October to December.

Denel’s CEO, Danie du Toit, said any deals were subject to government approval, but negotiations over Hensoldt were in progress.

“We’re on plan,” he wrote in a text message on Friday.

Exiting its loss-making LMT, an armoured vehicle business in which it holds a 51% stake, and its small calibre ammunition unit PMP should save the company R70 million in the same quarter.

In a statement last Thursday, Denel said it foresaw some R30 billion in deals over the next two years, including the largest export contract in the company’s history.

Denel has not publicly named the customer, but the presentation to parliament stated the contract, which includes a R1,5 billion advance focused on Egypt’s navy and ThyssenKrupp Marine Systems vessels.