WerkNet
Your Family
Your Career
Your Health
Your Money
You and the Law
Occupational Guilds
Solidarity Youth
S-Leer
Home › News Office › Dept. of Labour fines company that violates regulations 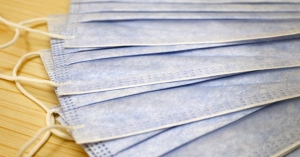 The Minister of Employment and Labour, Thulas Nxesi, welcomed the ruling of the Durban specialised Criminal Court, which found that Chen Lu Fragrances cc should be fined heavily because this Chinese company has locked 14 of its employees inside the work premises to ensure they meet the targets for manufacturing surgical masks.

“It is especially during this period of Covid-19 that employees must stand up for their rights and report abuse, as the employees of this company did,” said the Minister.

Furthermore, the company was also found guilty of failing to provide a safe and healthy working environment for its staff, for which they were fined a further R20 000, of which R15 000 was suspended for 5 years.

The Chinese Consulate has also been instructed to donate masks worth R200 000 to the South African Police Service and the KZN Prime Minister’s Office.

“Our Inspection and Enforcement Services does a good service but working hand in hand with workers, it is possible to end workplace exploitation and we appeal to workers to report abusive behaviour at work. We are aware that there are companies that have taken advantage of the emergency nature of work during the pandemic and are using this to excuse to exploit workers,” said Minister Nxesi.

According to Nxesi the Compensation Fund receives daily claims from employees who contracted the virus because they were exposed to it at work. So far, 1 215 claims have been received. At least 98 of those claims are in Kwazulu-Natal and he pleads that businesses will not expose employees to hazards because employees are a company’s most valuable asset.