WerkNet
Your Family
Your Career
Your Health
Your Money
You and the Law
Occupational Guilds
Solidarity Youth
S-Leer
Home › News Office › Difficult questions:Covid-19 pandemic & the order of the NHI 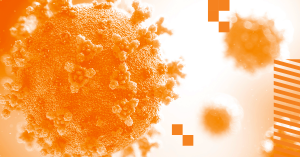 The current situation in South Africa and globally is unprecedented. We are fighting a virus that we have never seen before in the world’s history. In addition, we are living in an era of unprecedented state power over our economic, social and everyday activities. No one could predict in 2019 or even early 2020 that we will soon live in a time where the state will prescribe to you what you may wear, which industries may trade and even under which circumstances you may leave your home. Yet, along with all these factors, we also see another form of takeover by the state, namely the takeover of the health sector. Just as the state has never before had so much power over our personal activities, so too is the state currently controlling our health in a way that would make most of us shudder a year ago.

This is, given the fact that President Ramaphosa and the Minister of Health, Dr Zweli Mkize has on several occasions referred to this pandemic as a type of “trial” for the NHI. Let’s ask ourselves whether this trial was actually a success until now…

We have been told and we have accepted that the initial three weeks of lockdown was justified to create capacity in the health care sector. However, did it happen? Based on the latest available figure and ambiguous statements, our government has built between 0 and 207 beds for critical care; approximately 350 ventilators were obtained of which 50 was donated; in the Eastern Cape 100 scooters were bought at 10 times the usual price; and 1 entire economy collapsed.

What about the private health care sector? The remain essential services. Surely, they do not feel the impact of state interference as bad as the other sectors? It may come as a surprise to many, but in reality, this sphere suffered just as much pain as many others. Across this sector we see that the lockdown has hit our health care practitioners hard. General practitioners, specialists, dentists, optometrists, radiologists and other practitioners see declines of between 33% and 91% of their income. Nurses see reduced salaries and reduced hours. Several hospital groups have already started with retrenchment procedures. Very little people win when the state interferes.

Then, one last question with a bit of an introduction:

In the last week of the American presidential campaign of 1980 between the Democratic President, Jimmy Carter and the Republican nominee, Ronald Reagan, these two candidates had their only debate. Carter, who competed on 28 October, managed for a second term to turn a bleak summer into a closer race. During the debate, Reagan posed a question that became one of the most important campaign questions of all time: “Are you better off now than you were four years ago?” The answer of Carter was an overwhelming “NO”, and in the last important days of the campaign, his numbers collapsed. On Election Day, Reagan achieved a massive election victory.

Now, ask yourself in this time of unprecedented state control and power: Are you, or anyone you know, better off than you were four months ago?

Whether it is with regards to the economy, your work, your personal life and especially your health, remember this last quote from form US President Ronald Reagan: “The nine most terrifying words in the English language are: I’m from the Government, and I’m here to help.”

Our lockdown trial with a quasi-totalitarian state is also a failure in every respect, and the idea that any of these measures or approaches can be permanent or even extended must be strongly opposed.