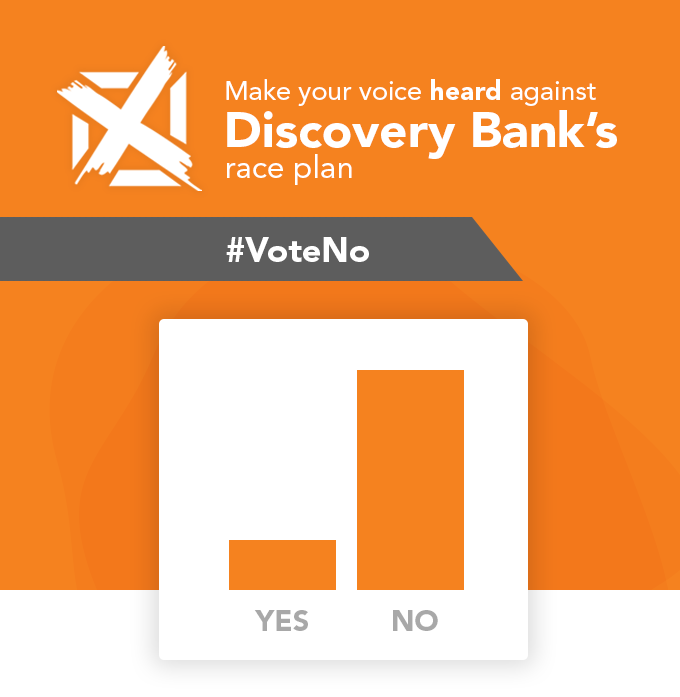 Discovery is going to launch a behavioural bank in March, the first of its kind. This bank, which will reward people according to their behaviour, will also reward its clients according to their race. Adrian Gore, CEO of the Discovery Group, announced that 10% of the shares of this well-known group’s new bank will be distributed free of charge to clients, based on their race alone.

We say no; no to unequal treatment, no to double standards and no to Discovery’s plan to treat white clients unequally merely because of their race. Help us by voting with us against Discovery’s race plan.

On 12 March, Solidarity will deliver the thousands of no-votes to Discovery.
MESSAGE FROM DIRK Your vote is powerful. You should have the self-confidence to vote no.
#VOTENO