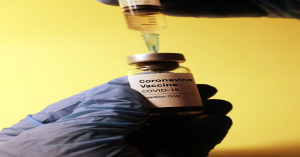 Dr Nkosazana Dlamini-Zuma has until 20 January to provide answers to AfriForum and Solidarity about the government’s roll-out plan for Covid-19 vaccines. This comes after the two organisations took legal action against the Minister of Cooperative Governance and Traditional Affairs as well as the Minister of Health, Dr Zweli Mkhize.

According to Solidarity, there is no clarity whether the private sector which, by law, has the right to purchase vaccines, would have any access to Covid-19 vaccines. Solidarity further contends that the state would consequently be able to exercise total control over it, thus restricting private sector access to vaccines which would include access of pharmacies, medical funds and private hospitals, thus restricting access by the public at large in particular.

“The government has appropriated the right to be the sole procurer of vaccines in South Africa,” Connie Mulder, head of the Solidarity Research Institute, said. “This is the very same government that has thus far proven its incompetence time and again during the pandemic. It is unlikely that the government would be able to come up with the expertise or capacity required to rollout a vaccine programme of this magnitude. By restricting procurement, the government is delaying the process. Especially health workers and people in other sectors who have excessive exposure to the virus would now have to wait for the government instead of having the option to get themselves vaccinated or to have it done through their own medical fund,” Mulder said.

AfriForum argues that the government monopolising the vaccine drastically infringes upon the basic rights of all South African citizens. The private sector’s participation in the purchasing and distribution of the vaccines is essential for the protection of people’s constitutional right of access to health care.

“With the government’s monopoly on the purchasing and distribution of vaccines, all South Africans are at the mercy of the government,” said Ernst van Zyl, campaign official for strategy and content at AfriForum. “Apart from the possibility of abuse of power by the government, its track record of corruption and maladministration during the pandemic does not inspire confidence in anyone at all.”

“It makes me shudder to think we could end up in a scenario where the lives of millions of South Africans depend on the government’s logistical capability. We are not opposed to the government buying vaccines, but we are in the midst of a pandemic. The more vaccines enter the country, the better. However, we do not understand why all other stakeholders are prohibited from purchasing vaccines as well. It simply does not make sense for the government to deliberately delay the process by insisting on being the sole purchaser,” Mulder concluded.

Read the letter of demand here.

Government forges ahead with plans for state bank