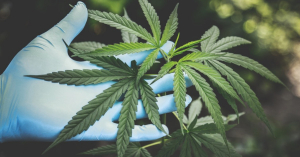 In a recently introduced draft master plan, the Department of Agriculture, Land Reform and Rural Development proposed legislative measures to remove the restrictions on the commercialisation of cannabis and hemp.

The master plan includes the signing of the Cannabis for Private Purposes Bill during the 2022/2023 financial year.

This follows the ruling of the Constitutional Court ruling of September 2018 that the use, possession and cultivation of cannabis in private homes is not illegal and should be allowed in South Africa.

The word cannabis is a taxonomic term referring to a type of flowering plant that is a member of the Cannabaceae family, including about 170 plant species. The genus is divided into three species, namely Cannabis sativa, Cannabis indica and Cannabis ruderalis.

Hemp is a specific type of cannabis that is scientifically known as Cannabis sativa L. Although cannabis and hemp are part of the same family and sometimes even the same species, hemp and cannabis have different chemical properties and characteristics. Hemp plants contain low levels of the intoxicating phytocannabinoid, better known as tetrahydrocannabinol or THC, for which cannabis/marijuana is known. However, hemp plants contain high levels of the non-intoxicating phytocannabinoid cannabidiol (CBD).

Hemp is a versatile plant. The stem of the plant can be used to manufacture textiles or for the development of biofuels. The seeds of hemp are eaten or used to make hemp seed oil, while CBD is extracted from the flowers and used in skincare products.

The constitutional court gave parliament 24 months from the date of the ruling to bring the decision in line with South African laws. The Cannabis for Private Purposes Bill was developed to address concerns raised by the Constitutional Court.

If the National Assembly passes the bill, it will mean that South Africa declares hemp an agricultural crop, will make amendments to the Drugs and Drug Trafficking Act and will develop new policies and legislation to commercialise cannabis.

It will be supervised by an executive oversight committee, consisting of manufacturers, farmers’ associations and various government departments, including trade, industry and competition, justice and correctional services, agriculture, land reform and rural development, as well as task forces and provincial marijuana committees.

Business Insider reports that the department wants to set up a competitive cannabis industry in South Africa that can compete globally and produce more cannabis for local and export purposes and increase investment in research in the industry.

The department believes that the further development of the cannabis industry will contribute to economic development, the alleviation of poverty through job creation and the promotion of rural development and inclusive participation.

According to Business Insider, the South African cannabis industry (which was largely operated underground) is already worth billions of rands. According to one estimate, the industry could be worth R27 billion by 2023. It is estimated that more than 900 000 small-scale farmers in the Eastern Cape, KwaZulu-Natal and other provinces have been growing marijuana for years.

According to the master plan, the government is planning the following interventions:

Cannabis for personal use

The draft bill provides cannabis consumers and those who want to grow the plant an outline of the rules that must be applied when someone owns cannabis. It also introduces, among other things, new offences, as well as provisions for persons who have been previous convicted for cannabis possession.

BusinessTech reports that the draft legislation stipulates that an adult person may, without compensation (money), supply to or obtain from another person the prescribed quantity of cannabis plant growing material (seeds), cannabis plants or cannabis for personal use.

The draft bill contains prescribed quantities for personal use and cultivation purposes. For private use, the following limits are included:

The draft bill defines “private” as keeping, storing/transporting something in a way that keeps it out of the public eye. The bill defines a “private place” as any place, including a building, house, room, canopy, hut, tent, garage, caravan, boat or land or any part thereof to which the public does not have access.

The draft bill stipulates that every adult must obey the following rules for personal use:

Once the use and cultivation of cannabis and hemp in South Africa have been legalised for medicinal and other uses, South Africa will join countries such as Canada, Australia, Finland, Germany, Israel and Italy that have legalised the medical use of cannabis.

According to Interpol, South Africa is the fourth-largest producer of cannabis in the world, according to the draft bill. There are an estimated 3,5 million consumers in the country, most of whom consume cannabis for recreational purposes, although the medicinal use of cannabis is beginning to increase, and physicians also prescribe it as treatment.

The difference between cannabis, hemp and marijuana explained – https://www.prima.co/magazine/what-s-what-hemp-cannabis-and-marijuana/

New cannabis rules proposed for South Africa – to be introduced within next 2 years – https://businesstech.co.za/news/lifestyle/482625/new-cannabis-rules-proposed-for-south-africa-to-be-introduced-within-next-2-years/