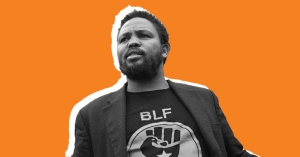 Solidarity announced today that the judgment by the Equality Court in its case against Black First Land First (BLF) lays the foundation for a further criminal case against the BLF, BLF spokesperson Lindsay Maasdorp, and Zwelakhe Dubasi, deputy general secretary of the BLF.

Anton van der Bijl, head of Legal Services at Solidarity, explained that although the recent Supreme Court of Appeal (SCA) ruling declared the Equality and Prevention of Unfair Discrimination Act (Pepuda) unconstitutional, Judge Mokgoatlheng found that the BLF and its representatives would have been harshly punished for their disgusting remarks.

Solidarity further explained that it was never in doubt that the comments made by of the BLF and its representatives were reprehensible, and this was affirmed by the judgement that had been nullified by the SCA ruling.

“As per the judgement, these comments were indeed racist, crude, insensitive, barbaric, and made with the intention to cause hurt, harm and cause incitement to propagate racial hatred. The judge was correct in noting that the comments amounted to the advocacy of racial hatred. In fact, the judge found that there could be no greater advocacy of hatred than to rejoice in and celebrate the death of innocent children simply because of the colour of their skin,” Van der Bijl said.

Solidarity, whilst supporting the right to free speech, argues that behaviour which, in its very essence, contends that a racial group is not worthy of being accorded equal dignity and respect under the Constitution and that they are in fact not even deserving life, given that death in their midst should be celebrated, cannot be tolerated, pardoned or left unpunished.

Van der Bijl concluded: “In the interest of equality, democracy and basic human dignity we cannot allow such utterances to simply go unpunished. Intolerance cannot be tolerated; hatred cannot be left to fester. This case gives us the perfect platform from which to launch a criminal case, and to ensure justice is served, particularly for the bereaved families who had to endure not only the death of their beloved children, but also the celebration thereof by mongers of hatred and bigotry.”