WerkNet
Your Family
Your Career
Your Health
Your Money
You and the Law
Occupational Guilds
Solidarity Youth
S-Leer
Home › News Office › Economist: Poverty kills more people than all disease do

Economist: Poverty kills more people than all disease do 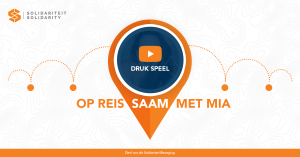 South Africa’s extended lockdown will bring about incredible poverty and, with it, more deaths than the COVID-19 pandemic could cause. This is the view of Dawie Roodt, chief economist of the Efficient Group.

“One has to ask whether the current extension of the national lockdown will indeed save more lives than the lives that will be lost due to the poverty that will ensue as a result of a dead economy. There can be no doubt about it that poverty kills more people than all diseases put together,” Roodt said.

As we (and the economy) have been in lockdown for three weeks already, and with two (or more) to go, poverty will increase significantly. Here are some of the Efficient Group’s (constantly changing) estimates:

According to Roodt, all these statistics indicate one thing and that is that the income of the average South African is likely to fall by 10%. Some people will lose all their income, and some will lose half of it.

“Despite these very real and awful possibilities, there are those who still argue that economists are heartless, putting money before lives. However, that is not true. A healthy economy keeps healthy citizens. A country’s health is equivalent to the wealth of its national economy,” Roodt said.

However, there is hope that can be born in the middle of a crisis.