WerkNet
Your Family
Your Career
Your Health
Your Money
You and the Law
Occupational Guilds
Solidarity Youth
S-Leer
Home › News Office › Eskom: Load shedding to reduce significantly in 2021 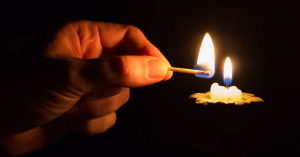 The CEO of Eskom, André de Ruyter, mentioned in September during the Joburg Resources Indaba that South Africa will experience significantly less load shedding by September 2021. During his speech he revealed new information about the progress being made at Eskom, and also explained their plans for the future.

According to De Ruyter, Eskom is making progress with their maintenance schedule as well as repair work to several facilities they are working with, and this state-owned enterprise’s work will bear fruit within the next few months.

However, De Ruyter warned that the current maintenance work entailing to get power plants up to standard and in a working condition, is not enough to end load shedding.

According to De Ruyter, South Africa will also need additional generating capacity to be able to meet the current demand as well as the future demand for electricity.

With the national power grid constantly under pressure, Eskom has implemented a new strategy that implements so-called load reduction in areas where many illegal connections are found which cause the system to overload which in turn leads to unnecessary power outages.

During 2020 South Africans experienced the largest amount of load shedding to date, and Eskom could only succeed in avoiding the implementation of load shedding during the higher levels of the national lockdown because the majority of industries were closed during that period.

De Ruyter mentioned that in addition to the maintenance and capacity issues, there is also a problem with Eskom’s finances.

This SEO recently submitted a supplementary tariff increase application of R5,4 billion at NERSA, to recover lost revenue. This is in addition to the R27 billion for which Eskom has previously applied for.

These tariff increases could imply that South African consumers will have to pay 15% more for electricity.

“As we rely on cost-reflective tariffs, we are also obliged to manage our costs correctly and in a disciplined manner. Therefore, we are not asking that tariffs subsidise our inefficiency, we are asking for tariffs that reflect reasonably incurred costs,” said André de Ruyter, CEO of Eskom.

Eskom is also currently working with government to recover billions of Rands that are indebted to them by municipalities across the country. The amount, which is increasing monthly, already amounted to more than R31 billion.

Legal action against SAHPRA over monopolisation of vaccine

Comments on the Employment Equity Bill

Transnet, the Bay piece of gold richer thanks to Solidarity