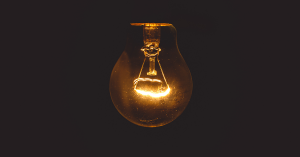 BusinessLive reports that the pension fund of state-owned power utility Eskom has paid out R104,3 million in special bonuses as part of a Covid-19 relief effort.

Members of the Eskom Pension and Provident Fund received R3 500 to R5 425, depending on household income, at the beginning of August.  Lower-income households received more.

“After much deliberation and with advice from the fund actuary, the board of trustees took a decision to grant our pensioners a one-off special bonus to the value of 50% of the bonus paid to pensioners in 2019,” fund CEO and principal officer Linda Mateza indicated.  Mateza explained further as follows:  “The fund has considered that the current crisis may have resulted in the reduction of disposable income in many Eskom Pension and Provident Fund pensioner households, perhaps due to a loss of livelihood of a household member, or increased cost of food and health-care items.”

The pension fund has more than 33 000 pensioners comprising former Eskom employees and their widows who receive a monthly pension from the Fund.  It has more than R140 billion in total assets under management.