WerkNet
Your Family
Your Career
Your Health
Your Money
You and the Law
Occupational Guilds
Solidarity Youth
S-Leer
Home › News Office › Gauteng: Hard lockdown not on the table 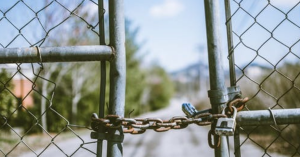 The Sunday Times reported on Sunday that the Gauteng government wanted to approach the National Command Council to reintroduce strict regulations and a higher lockdown level in the province as the number of Covid-19 patients has increased dramatically over the past month.

However, on Monday, 6 July, the Gauteng provincial government decided against a hard lockdown and said that they would not insist on it, but would rather focus on regulations that are regularly being violated by the public, and steps to combat that in order to fight the pandemic.

This is good news and contrary to a proposal raised earlier by the Gauteng government when they explored the possibility of a strict lockdown for up to two weeks at a time in Gauteng.

However, Thabo Masebe, spokesperson for Gauteng Province, said earlier in an interview with eNCA that the province would not insist on a hard lockdown and that they did not ask the national government to reintroduce Level 4 or 5 in the province.

This came after Gauteng MEC for Health, Dr Bandile Masuku, told Sunday Times that strict regulations similar to the regulations enforced at Level 5 in April, are needed to prevent the health system from being overwhelmed.

If the government should decide to enforce a strict lockdown again in Gauteng, the following proposals might be considered:

President Ramaphosa said on Friday that the government was not considering the implementation of stricter regulations.

“Another hard lockdown is not currently being considered; we are worried about the issue of job losses. Other countries experience even greater losses,” Ramaphosa said.

The president also mentioned that other possibilities “from the tool box” would rather be considered by the government to fight the pandemic.

“We are not asking for the return of hard lockdown regulations right now. We fully understand and support the current risk-adjusted strategy implemented by the national government.” – Thabo Masebe, Gauteng provincial spokesperson

However, Masebe mentioned that the current lockdown regulations still valid under Level 3 of the national lockdown are frequently violated by people, citing examples of mass rallies and protests across the province. He said the province will enforce the current regulations more strictly as violations lead to an increase in Covid-19 infections.

According to Masebe, all of Gauteng should be regarded as a focal point as the numbers in all the districts are rising. In particular, there are alarming increases in the Ekurhuleni region and in Johannesburg.

Masebe added that the government was seeking solutions such as the continued involvement of the police, supported by soldiers, who will be moving around the province to ensure people comply with the regulations.

He also reminded people of the fact that the province and the country are still subject to strict lockdown regulations and that the government would enforce these regulations to ensure that people’s behaviour change in order to curb the rising numbers.