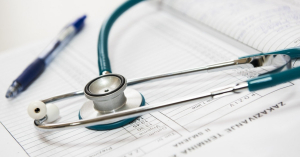 News24 reported on Monday that the Government Employees’ Medical Scheme (GEMS) had paid more than R300 million to companies in which directors of GEMS had financial interests over a period of five years.

This report led to the medical scheme, which is positioning itself to be the administrator of the National Health Insurance Fund (NHI), being heavily criticised by MPs on Tuesday after GEMS representatives had given feedback to two Parliamentary Portfolio Committees on a recent report on alleged racism in respect of fraud investigations GEMS had undertaken.

Many MPs wanted to know how GEMS could be trusted with the management and administration of the NHI especially in the wake of these serious allegations of corruption.

Dr Stan Moloabi, the Principal Officer of GEMS, explained to Parliament that this was old news that went back as far as 2016. He mentioned that seven members of staff involved in the corruption had already been suspended thanks to the action taken by the scheme. He pointed out that five of the seven members of staff had resigned before disciplinary proceedings against them began, and that the other two had been dismissed after disciplinary proceedings.

Netwerk24 reports that Moloabi mentioned that charges had been laid with the police, and a civil case was also filed to recoup all the money. The charges pertain to donations, nepotism, tenders as well as the unauthorised disclosure of the fund’s confidential information.

Henru Krüger, sector head for Solidarity’s Health Guild, points out that GEMS, which is in charge of the medical aid of the government’s employees, is being presented time and again as the model of how the government would manage the NHI.

“If the state cannot even prevent corruption and fraud in its own medical fund, one that is subject to strict inspection measures, how on earth is GEMS going to succeed to administer the NHI fund, which will be much larger and will be subject to even less review measures? This is just final confirmation that the NHI should be abandoned in its entirety and serves as confirmation that South Africans should much rather be allowed to manage their own funds and their own health themselves.” – Henru Krüger, sector head for Solidarity’s Health Sector

Solidarity is also of the opinion that Dr Moloabi’s claim that these allegations are about old corruption claims that are flaring up at the moment, cannot be used as an excuse. Solidarity believes the seriousness of the allegations requires an in-depth investigation, not only because it involves an astronomical amount of money that changed hands, but also because it proves that GEMS would not be capable of managing the NHI and because it cannot be said with certainty that such scandals or even bigger ones would not be exposed in the future.