WerkNet
Your Family
Your Career
Your Health
Your Money
You and the Law
Occupational Guilds
Solidarity Youth
S-Leer
Home › Press Releases › GEMS decided on public healthcare for you, but not for them

GEMS decided on public healthcare for you, but not for them 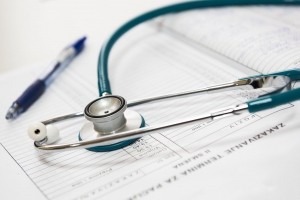 Solidarity today condemned the hypocrisy of the decision by GEMS, the medical aid fund for state officials, to provide access to private hospitals for members belonging to their cheapest option.

While Solidarity welcomes the decision itself and believes that all South Africans should have access to private medical care, they shed light on the state’s incoherent behaviour which, on the one hand, regards National Health Insurance (NHI) as a highly necessary intervention, but then negotiate access to private services for their own officials.

Morné Malan, senior researcher at the Solidarity Research Institute (SRI) argues:
“It is absurd that the private sector whose name is already slandered by the state, is now regarded as a saviour because state hospitals simply cannot step up to the plate. It is a concession on the part of the state that all criticism on the status of healthcare is actually valid.”

Furthermore, Solidarity is calling on the state to act consistently and to admit that they simply do not have the capability or power to manage healthcare within South Africa.

“The failures their mismanagement in state hospitals result in is ubiquitous. This is an admittance they observe themselves. However, it is not acceptable for the state to try and protect its own officials from their poor performance while the rest of the country is subject to it,” said Malan.

Solidarity further confirms their continued opposition to the nationalisation of healthcare by means of the NHI, which will place all services in the hands of the state – whose own officials do not even want to make use of public healthcare.

“It is ridiculous that the state wants to place the lives and health of all South African citizens subject to a system they do not even trust with their own health. The message is clear: It will be public healthcare for you, but private healthcare for those working in the state,” Malan stated.

“The state cannot drive healthcare. It is time for them to stop doing that. Expanding the state’s involvement to a point where they manage everything, will only bring everything to a failure and bring about disastrous consequences,” Malan concluded.

The impact of sport on people and the community