Solidarity launched a competition in which one lucky member of Solidarity can represent the public in August at the United Nations in the fight against unfair discrimination. After receiving hundreds of applications, listening to the public’s opinions, voting and interviews, the perfect candidate was chosen.

Phillip van Niekerk, a 31-year-old dentist from Cape Town, was nominated as the candidate to represent the public during Solidarity’s visit to the UN. Phillip feels strongly about the quota system and can represent himself and the general public well and be a mouthpiece for everyone who has been negatively affected by quotas.

It took Phillip, a fourth-year medical student at the University of Cape Town, ten years and two degrees to get admission to the medical career of his choice in spite of his 88% average in matric.

Phillip realised at the age of 29 that the process did not reflect his shortcomings, but that it amounted to a quota system with serious consequences, especially in his career. He is of the opinion that affirmative action and discrimination created an unfair system and that it cost him a decade of his life.

“It lowers performance in business, on the sports field, in academia and in health services in South Africa. I would like to stand up and speak for our people – for Afrikaners and other minorities in South Africa – to expose the discrimination that we experience on a daily basis and that is swept under the carpet, so that the world can see it and we can again have a fair society,” says Phillip.

Do you think this action of taking the government to the UN is important?
Yes, many Afrikaners are being unfairly disadvantaged. Medical selection should be about the best person for the field, not about the colour of your skin. It poses a danger to the profession.

What is an Afrikaner?
Abroad we, the Afrikaners, are seen as villains, but in reality we have our own identity here in the south of Africa. We created our own nation here and we built something unique here. We came to Africa from many places and we became part of Africa, we made our mark, and we do not have to take a back seat to anyone.

Have you ever considered emigrating?
Not at all. I have been to Canada but I prefer living in South Africa.


Solidarity is going to submit its complaint of racial discrimination against the South African government to the UN’s committee for the elimination of all forms of discrimination.

Solidarity launched a competition in which one lucky member of Solidarity can represent the public in August at the United Nations in the fight against unfair discrimination.


Background information about the visit:

In September last year Solidarity, submitted a complaint with the UN based on the International Convention on the Elimination of all forms of Racial Discrimination. South Africa, as a signatory of this convention, should submit a report every two years on the country’s compliance with the convention. Civil organisations may then submit a shadow report in reaction to a government’s report.

Solidarity’s complaint takes on the form of a shadow report prepared in response to the government’s latest report submitted in December 2014. Government was eight years late in submitting its report. In its shadow report, Solidarity indicates, among other things, that by applying quotas, the South African government is violating international law in many respects.

Following Solidarity’s submission in August, the watchdog committee on the Convention will then make recommendations which the South African government will then have to implement and report on.

<< Back to main page 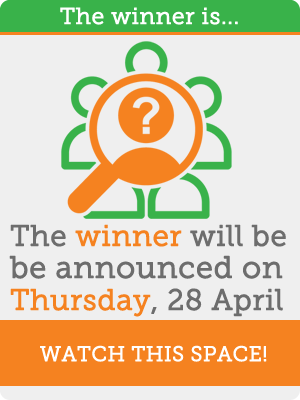