Gordhan and Solidarity met to save SAA from business rescue 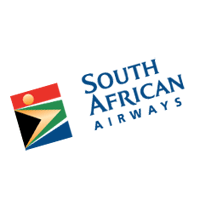 City Press reports that a last-minute intervention by Public Enterprises Minister Pravin Gordhan put the brakes on a court application to place SAA under business rescue.

Gordhan reportedly met with trade union Solidarity to request that the union halt its intended court application.  Apparently Gordhan and the union agreed to come up with a plan to keep the national carrier flying high rather than be grounded.

The ministerial intervention came after talks between Solidarity and the SAA board had stalled. These discussions happened between 1 and 7 August, when the union’s representatives met with the entire SAA board to discuss the union’s arguments and plans for going ahead with the application.

However, these talks stalled, and Solidarity informed SAA’s legal representatives that it planned to issue the application for business rescue on 21 August. But two days before, on 19 August, Gordhan is understood to have called Solidarity’s chairperson, Flip Buys, and asked for a meeting. On the same day, the minister met with Buys, as well as with Solidarity’s chief operating officer, Dirk Hermann.

The following week, on 26 August, a second urgent meeting was held. At that meeting, both parties agreed to finalise a document outlining concrete steps to turn SAA around.

According to Connie Mulder, head of the union’s research institute, Gordhan said he wanted an “inclusive process” involving other trade unions that represent SAA employees.  “Solidarity is not opposed to this, but we do not want to be dragged into a process that results in talks. We want to see action,” said Mulder.