WerkNet
Your Family
Your Career
Your Health
Your Money
You and the Law
Occupational Guilds
Solidarity Youth
S-Leer
Home › News Office › Government has its sights set on your pension! 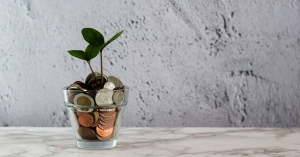 The post-Covid-19 era will be many things, but one thing we can be sure of is that economically we are in for an unstable and rocky ride in South Africa and worldwide.

Although exact figures remain hard to predict, it is a foregone conclusion that many people will lose their jobs and that economic growth will be negatively affected. There are many proposed remedies to these maladies, but be that as it may, they are all hard choices that contain difficult and painful trade-offs.

Some are, however and undoubtedly, better than others, but will take time to be realised. Others provide perilous shortcuts and could be even more ruinous to the economy and society in the long-run.

One such option that fit the latter category is the ANC’s idea to leverage private and public funds to boost infrastructure spend. President Cyril Ramaphosa has waxed lyrically about creating a new economy post-Covid-19 without giving much details apart from stating that it should be more inclusive.

Measures such as raiding pension funds to invest in government projects have been pursued, albeit only rhetorically, by the ANC and its socialist allies for a while, as other avenues of financing have dried up. They are also averse to international loans from institutions such as the International Monetary Fund (IMF) that come with stringent reform conditions and wither away from the policymaking manoeuvre room of governments.

Broad support for the idea

A recently released discussion document – under the rubric of “Economic Reconstruction”, endorsed by the ANC and its alliance partners – outlines inter alia the use of pension funds to rebuild the economy. Attempts to fuel growth “must include a large drive toward domestic resource mobilisation from both the public and private sectors,” according to the document seen by Bloomberg and verified by trade-union federation Cosatu.

“The alliance encouraged the use of both privately managed pensions and civil-servant retirement funds administered by the state-owned Public Investment Corporation,” reports Bloomberg.

It is not only infrastructure that wants a bite of the pension pie. According to Dr Blade Nzimande, minister of higher education, pensions should even be used to provide financial assistance to needy students. According to him, this money could be used to finance the “missing middle”, those students that hail from households with an annual income of more than R350k. These students’ parents earn too much for their children to qualify for a National Student Financial Aid Scheme (NSFAS) bursary but do not earn enough to pay for their studies on their own.

On top of that, Ramaphosa has said that R800 billion comprise only 10% of our pensions and this could initially be used to aid Eskom and other state institutions that are essential to economic growth.

These statements and documents all point to high-level and recent political support for the idea to use pension funds to finance government’s failures. The corollary is that this money, without significant and wider policy and structural reform that accompany its spending, will be squandered.

If what we’ve seen and experienced from the ANC in its 26 years in power, is it in any way prudent to let them use our pensions to build bridges to nowhere and prop up ailing state-owned enterprises? Sense would dictate that the answer to this question should be an emphatic “No”, followed by stern resistance to any such ideas. The crisis at NSFAS, the waste and corruption that accompany infrastructure projects, the travails of state-owned enterprises and the policies that have made South Africa increasingly poor, are reason enough to distrust any attempt by government to appropriate more of our money for their priorities, not ours.

“Pension funds are literally the last pot of gold left in the country. This is because there is no room to burden taxpayers any further. This is why everybody will try to get their hands on the pension funds. It’s an absurdity,” says Dawie Roodt, chief economist at the Efficient Group. “There had been rumours in the past that the government had its sights on pension funds, and those rumours are growing.”