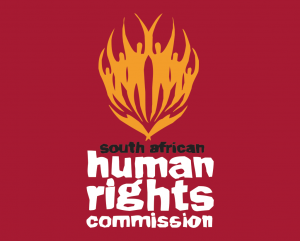 Government is going to take the South African Human Rights Commission (SAHRC) to the High Court over this human rights watchdog’s Equality Report. This announcement was made in the Labour Court in Johannesburg today.

Solidarity indicated outside the court that it too was added to the application to have the SAHRC’s Equality Report reviewed by the High Court. Government has already filed documents at the court.

Solidarity also announced that it would oppose the review application in the High Court.

The Labour Court in Johannesburg today heard an application by Solidarity that the findings in the Equality Report be enforced. Government argued that it was not bound by the report, but it now wants to take the report on review to another court.

According to Solidarity it would make Chapter 9 institutions irrelevant if their recommendations could be ignored.

“We are amazed that government argued in the Labour Court that it was not bound by the SAHRC report; yet at the same time government brings an application in the High Court to invalidate the findings and recommendations of the report,” said Solidarity COO Dr Dirk Hermann.

“Government had 60 days to respond to the report. It is now 18 months later. Government has forfeited its right to review. Solidarity will certainly oppose the review application,” Hermann said.

In its Equality Report the SAHRC recommended that the Employment Equity Act be amended, and that government give feedback on how the Act would be amended within six months after the release of its report.

The recommendation reads as follows: “It is accordingly recommended that the EEA be amended to target more nuanced groups on the basis of need and taking into account social and economic indicators and that government report to the SAHRC within six months of the release of the Equality Report on steps taken or intended to be taken to amend the EEA.”

The report further recommends: “The EEA should be further amended to revert to the position where the consideration of the regionally economic active population in relation to representational levels is mandatory and not discretionary.”

Government should also “determine whether and how the EEA can be amended to require a qualitative and context-sensitive assessment of need when employment equity plans are implemented.”

The Equality Report states: “The employment Equity Act’s definition of designated groups is not in compliance with constitutional or international law obligations.”

The SAHRC report came in the wake of recommendations made by the United Nations’ Committee on the Elimination of Racial Discrimination (CERD). The CERD report is sharply critical of South Africa’s racial classification system.

The recommendations of the UN Committee were made subsequent to submissions the Department of Justice and Solidarity had made in 2016 to CERD in Geneva. Solidarity subsequently also filed a petition with the SAHRC requesting that South Africa’s compliance with international law obligations be investigated.

According to Hermann, the gist of the SAHRC report is that affirmative action should be applied in a more nuanced way; that the need and socio-economic indicators must be taken into account; and that the way in which affirmative action is currently applied gives rise to a practice of race quotas.

The Equality Report states: “The employment Equity Act’s definition of designated groups is not in compliance with constitutional or international law obligations.”

In chapter 1 the SAHRC report states that “special measures are currently misaligned to constitutional objectives. Where special measures are not instituted on the basis of need, and taking into consideration socio-economic factors, they are incapable of achieving substantive equality.”

The SAHRC further notes that a context-sensitive approach is thus congruent with the CERD’s requirements for special measures.

Government has not made any changes to the Employment Equity Act yet, despite the country’s human rights watchdog having found that its unnuanced racial approach is unconstitutional. To wait 18 months and then announce a review application is contemptuous of an institution established by the Constitution and is in contempt of the Constitution itself,” Hermann explained.

The Constitutional Court further found that whether a Chapter 9 institution “is impartial or not would be irrelevant if the implementation of decisions it takes is at the mercy of those against whom they are made.”