WerkNet
Your Family
Your Career
Your Health
Your Money
You and the Law
Occupational Guilds
Solidarity Youth
S-Leer
Home › News Office › Government: Withhold tax return until you pay water, lights 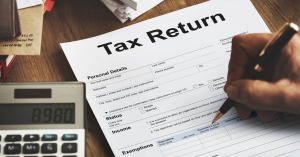 According to an article published by BusinessTech, the South African Local Government Association (SALGA) is considering a number of new measures to improve municipal revenue collection across South Africa.

Thembi Nkadimeng, the president of SALGA, explains that these measures include co-operation with the South African Revenue Service (SARS), which means that refunds from SARS to taxpayers may be withheld in cases where non-payment of municipal accounts occurs.

Nkadimeng says that data from the Auditor General show a clear decrease in the collection of fees for local government.

“One of the measures includes the amendment of the Tax Administration Act. Before SARS pays tax refunds, an investigation will determine whether the relevant taxpayer owes money to his or her municipality. If the taxpayer owes any money, the amount owed to the municipality needs to be paid first before a refund is made into the account of the taxpayer in question. ” − Thembi Nkadimeng, President of SALGA.

According to Nkadimeng, municipal audit results confirm that financial reports show increasing indications of a collapse in local government finances. The Auditor General also confirms that the financial misery of local government places a heavy burden on municipal creditors.

According to Nkadimeng, other measures being considered include the following:

The amendment of scheme 2, section 10 of the Municipal Systems Act is necessary, so that all civil servants, as well as municipal councilors and employees, may not be more than three months in arrears with their municipal accounts. This also applies to elected and designated representatives in other areas.

This includes the drafting of measures to write off the ever-increasing household debt of municipalities, including the introduction of a national bill to write off this debt in exchange for the installation of prepaid water and electricity meters.

The amendment of the procurement regulations is essential to make it compulsory for any potential service provider to draw up a compliance certificate for municipal services before a government contract is awarded.

According to Nkadimeng, the municipal debt owed to Eskom continues to rise without any improvement in terms of debt settlement. In addition, the impact of the Covid-19 pandemic is exacerbating the situation.

The establishment of a District Revenue Collection Agency is necessary. This will improve collection efficiency and allow municipal staff to focus on more urgent service delivery efforts. SARS systems and processes will be considered for the establishment of the agency after the necessary investigation has been done.