Health care nearing crisis due to shortage of nursing staff 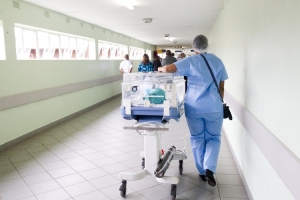 Nursing is a profession described by Florence Nightingale one of the finest of the Fine Arts. It is a profession characterised by an exceptional compassion for others and a willingness to learn. Unfortunately, nowadays it is also a thankless occupation where staff are overworked and demotivated, and where they suffer due to poor working conditions.

A senior research psychologist of the Solidarity Research Institute, Nicolien Welthagen, recently published a report entitled “Nursing Shortages in South Africa”. This report sheds light on the extent and consequences of the shortage of nursing staff in South Africa.

According to this report, ineffective leadership, poor administration and poor planning by the South African Nursing Council have had an extremely negative impact on this noble and important profession, and this is slowly but surely bringing the nursing sector in South Africa to its knees. There has been a shortage of more than 44 700 nursing staff in South Africa since 2010. “The supply of qualified nursing staff in all the nursing categories has shrunk by almost 40% since 2013. Since that year, approximately 8 535 fewer nurses have joined the workforce,” Welthagen pointed out.

The shortages can mainly be attributed to multiple problems within the SANC, inadequate training and student outputs, positions not filled, an ageing workforce and poor working conditions.

What raises even greater concern is the fact that the SANC paints a more optimistic picture of the nursing sector in South Africa than is really the case. They use figures and statistics based on registered nursing staff and not those actually working in the nursing industry. These SANC figures include students, retirees and even nursing staff that have emigrated. In addition, no institution exists where transparent and comprehensive statistics can be obtained that portray the state of the nursing profession in South Africa. For example, the SANC’s records show that 21 538 nursing students have registered in 2013, but when looking specifically at the 2017 student output figure, only 13 036 of the 21 538 registered students actually graduated.

Another major problem is that currently more nursing staff resign or retire than can be trained and enter the workforce. According to the SANC, 50% of its workforce is older than 50 and 5% younger than 30. These statistics are of great concern for the future of health care in South Africa because fewer and fewer young people want to enter this profession. This will result in an even bigger shortage when these highly skilled nursing staff, lecturers, nursing managers and clinical specialists retire.

Poor salaries and working conditions, especially in the public health care sector and in rural areas, are worrying and greatly contribute to the shortage of nurses. According to Welthagen, it is almost impossible to link the nursing shortage to a specific number, but if one looks at Persal’s ratio of nursing staff to the population visiting the public health sector, there is one nurse for every 327 people.

Nursing as a profession in South Africa is certainly in danger, and its impact on good health care for millions of South Africans is almost incomprehensible.