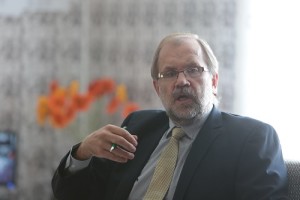 Buys warned that the étatisation of the public tertiary education sector will take universities on the same course to ruin than the one taken by most universities in African states following independence. “Moreover, the étatisation of the public university sector appears to be part of a larger project of state hijacking undertaken in the name of transformation that has led to the failure of so many institutions,” Buys warned.

Buys emphasised the essential role civil society has to play to exert pressure on government’s harmful transformation policy. “We as civil society, and that includes students and academics, must increasingly mobilise ourselves to oppose laws such as this one that threaten our constitutional right and academic freedom. Civil society plays a key role in letting democracy work in South Africa,” Buys said.

Buys further stressed that government is not addressing the country’s real challenges as far as education is concerned. “The current school system does not produce young people ready for university education while the quality of training offered at public technical colleges is below par. The violent protest crisis at universities also calls for more attention and all the while government seems to focus only on the transformation of universities of excellence,” Buys said.