Hulme Scholes pressing ahead to have Mining Charter scrapped 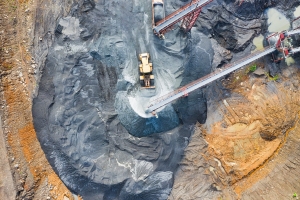 Miningmx reports that mining lawyer Hulme Scholes is continuing with legal action to have the latest versions of the Mining Charter scrapped, and he expects the case to come before the High Court early in the second half of this year.

This is despite clear progress being made in negotiations between the Minerals Council of South Africa (MCSA), formerly known as the Chamber of Mines, and the government on the latest versions of the Charter. In more limited legal action, the Minerals Council filed an application in March last year for the judicial review and setting aside of certain clauses of the 2018 Mining Charter. Scholes wants the entire Mining Charter of 2018 scrapped, and he is going ahead with pursuing this. According to him, the first version of the Mining Charter was the only one the Minister had the power to implement in terms of the Mineral and Petroleum Resources Development Act. He has overcome a point raised by the Department of Mineral Resources and Energy that his case should be dismissed because he did not have locus standi.

Asked why he was going ahead with the action despite the apparent lack of full support from the Minerals Council, Scholes replied: “The Minerals Council needs to stand up firmly to government instead of blowing hot and cold as they have done up to now. Government is intent on forcing the mining industry to bear the cost and responsibility for providing social services and infrastructure that the government itself should be providing.”