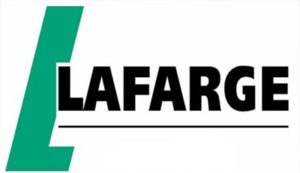 According to Engineering News, Lafarge South Africa has dismissed about 150 employees at various operations, including its cement plant in Lichtenburg, following several illegal work stoppages over the past few weeks.

The workers were issued with letters of dismissal on July 8 after they illegally downed tools to demand the reinstatement of a National Union of Mineworkers (NUM) shop steward, who had been suspended for contravening company policy.

Disciplinary hearings started on 14 July and were expected to be concluded in the coming days.

“Management regrets having had to issue the notices of dismissal, but we were left with no other choice. We had exhausted all avenues, including giving the employees ample opportunity to return to work, as well as engaging the NUM head office.

She adds that the company’s management continues to be prepared to discuss any concerns with employees, but cannot condone illegal behaviour or actions that undermine the company’s policies and procedures.