Impact of closed schools and lack of technology on learners 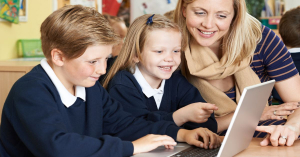 In 2020 the world as we knew it experienced a sudden and dramatic disruption. It was not only the workplace that had to adapt overnight. If you know any person who has children, you will know that schools too had to adapt overnight to adjust to the new normal. At some schools that had a good technological infrastructure routine daily tasks could be continued and the feeding of knowledge to eager young minds could proceed.

It was, however, not so easy for the majority of schools in South Africa and even if every teacher would have liked to continue their work, it was an impossible task with many insurmountable challenges that would need solutions that could not be solved at foundation or school level.

In June 2020, after a two-month lockdown, schools in South Africa reopened in a phased manner. It was decided, however, to postpone the reopening for a further four weeks because the first wave of the pandemic would peak by July 2020. Just as the national lockdown affected every business in South Africa with devastating lingering consequences, the closing of schools had a negative effect on every learner. This is to the detriment of every child and especially a child who does not have access to teaching during this period and it is also detrimental to the future prospects of learners who progress to higher grades and have to make important decisions regarding their future in respect of universities and career choices.

According to a UNESCO monitoring report a total of 192 countries closed their schools as part of their lockdown regulations and it is estimated that around 2 billion children and young people were affected by the closing of schools and higher-education institutions as early as April 2020.

The South African education system has been experiencing problems for some time. In 2018 the South African Institute for Race Relations (SAIRR) found that state-controlled schools were hampering the development of especially black learners. According to a report compiled by the SAIRR problems in South African schools are not caused by a lack of funds; there are countries who spend much less than South Africa on education but still get better results.

According to the SAIRR the problems experienced by South African schools are due to corruption, certain education trade unions, ideological dogma and incompetent politicians. The SAIRR’s research shows that the results of schools controlled by communities or that  are privately owned are better than those of state schools.

The Covid-19 pandemic not only exposed serious defects and problems, it also fired the urgency to find solutions. These defects, which caused many learners to miss the opportunity to acquire valuable knowledge, can have drastic consequences for education and families.

The economic and social impact of the loss of education on an already frail education system will have an even bigger impact on schools with mainly underprivileged learners.

According to the United Nations Educational, Scientific and Cultural Organisation (UNESCO) the consequences of schools that are closed are especially serious because it affects all aspects of school-going children’s lives. Teachers are also negatively affected by this. The following are some of the consequences:

In 2020 Mathanzima Mweli, the director general of the Department of Basic Education, mentioned that should schools not reopen after the longest and strictest lockdown of 2020 it would cost the government R22 billion because the government would have to build new schools to make room for the number of new learners that would be entering the school system for the first time in 2021 and because there would simply be too many learners who would have to repeat the year because they could not complete the 2020 school year.

Other problems experienced by schools in 2020 during the first wave and generally as a result of the pandemic, include the non-payment of school fees, which resulted in many teachers appointed by schools’ control bodies not receiving their salaries. Although many parents cannot be blamed for this because they themselves did not receive salaries or compensation, the situation exposed the shortage of teaching posts that have to be created by the government.

The Human Sciences Research Council also found that only one out of five learners attended  schools that do not demand a school fund and that only half the learners have internet access at home. At schools where school funds have to be paid one half had access to a computer and three quarters to the internet. At schools where the parents are mostly in a higher income bracket, as many as 80% of learners have access to their own cell phones.

Access to computers, the internet and other modern technology made sure that education could prepare the way to the future and that the traditional way of schooling could possibly something of the past, but it can only be used if every school, teacher and learner have access to the technology.

Not only is it vital that the learning process should start immediately, but because we are living in an era where we are already going through the fourth industrial revolution it is a matter of concern that the majority of our learners are not already enjoying exposure to technologies from the digital, physical and biological world. This exposure to artificial intelligence, robotics, advanced materials, 3D printing and other technologies will provide future careers and professions that do not even exist today.

The government, however, is very apathetic in implementing the use of the latest technology in schools. In February 2019 Pres Ramaphosa announced that the government would give every learner in South Africa a tablet and that all textbooks and workbooks would be available on the tablet.

In March 2019 die Minister of Basic Education, Angie Motshekqa, said that her department was in the process of giving each teacher and learner a tablet. According to her the process would start in 2020 with the poorest schools who would be the first to receive tablets. It is understandable that the Covid-19 pandemic could have delayed the process, but lame excuses cannot be tolerated.

During the Covid-19 period it will be safer for children at school than in other public spaces – especially those schools that do not have online platforms.

The Solidarity Support Centre for Schools (SCS) supports the safe reopening of schools. According to the SCS this would benefit all learners.

“The results of recently released international comparative studies revealed big backlogs in the general standard of mathematics and science teaching in South Africa. These backlogs already existed at schools before the pandemic. Further loss of school time can only be detrimental to learners – especially in schools that still do not have options for online learning in place.” The Solidarity Support Centre for Schools (SCS).

The SCS further says that it is important to allow learners to return to school as soon as possible to avoid further backlogs.

Solidarity strongly denounced the announcement by the Department of Basic Education that schools will reopen on 15 February. This announcement follows a meeting of this department last week with the national command council where it was decided to postpone the opening of schools with more than two weeks. According to Solidarity the command council is not acting in the best interests of learners and should rather focus on how to implement the measures instead of complaining that schools are not ready yet. Solidarity maintains that it is now the time to start being proactive.

Government is giving every South African learner a tablet – here’s who is getting theirs first – https://businesstech.co.za/news/technology/304720/government-is-giving-every-south-african-learner-a-tablet-heres-who-is-getting-theirs-first/

Digital education with an eye on the future – https://mg.co.za/special-reports/2020-06-19-digital-education-with-an-eye-on-the-future/

Disrupted learning during COVID-19: The impact of school closures on education outcomes in South Africa – http://www.hsrc.ac.za/en/review/hsrc-review-july-2020/disrupted-learning-during-covid19