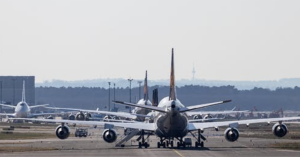 In an interview with eNCA the Minister of Transport, Fikile Mbalula, said that South Africa will be opening its international borders on 1 October but that this decision will be subject to strict regulations. He added that all travellers from Africa and from countries outside of Africa with a low rate of Covid-19 infections and transmissions may resume travelling.

He added that government will adopt the same approach that was used before entering level 5 of the national lockdown where countries were classified as either high or low risk for travel purposes.

Mbalula indicated that government will look at placing entire countries or regions on the high-risk list but that a differentiated approach will be used where every country is assessed, based on the current coronavirus situation.

Senior government sources have told the Sunday Times that there are current discussions about which countries would be allowed to travel to South Africa and which would be placed on a high-risk list. Concerns about diplomatic issues exist relating to the country’s closest trading partners.

The Sunday Times reports that government insiders said that discussions about the country’s Brics partners (Brazil, Russia, India, and China) are underway to determine whether these countries, as a block, should gain access. It appears there have been disagreements in this regard as a few insiders said that it would not make sense to include Brazil and India as they have the second- and third-highest infection rates in the world.

The Minister of Tourism, Mmamoloko Kubayi-Ngubane, told the Sunday Times that the country would use the World Health Organisation’s guidelines to determine which countries would be allowed to travel to South Africa. The deciding factors include the following: transmission patterns, national public health and social measures for controlling outbreaks in both departure and destination countries, as well as public health capacity.

She said that individuals coming from high-risk countries will be allowed to enter the country if they can prove that they have investments in South Africa or that they are coming for strategic work. They will however need to prove that they have been tested negative for the coronavirus in the last 72 hours.

According to the Minister of Transport, a specific list of countries will be published later this week, the Covid-19 statistics of which will be based on science and research.

This list is vital to South Africa’s travel industry which has been hit tremendously hard during the lockdown.

To view the travel regulations that South Africans have to adhere to during level 1 of the national lockdown, please visit the following link: https://solidariteit.co.za/covid-19-meer-oor-sa-se-nuwe-normaal-tydens-vlak-1/.