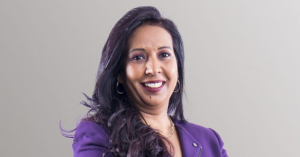 Moneyweb reports that Jenitha John, chief executive of the Independent Regulatory Board for Auditors (Irba), has tendered her resignation.

John took over the reins at Irba in June 2020, but her appointment was considered to be very controversial. John found herself in a position that could be construed as a conflict of interests because she as Irba CEO would have had to oversee an investigation into a company of which she was a senior executive. It did not go unnoticed and gave rise to justified concerns.

John served on the board of Tongaat Hulett since 2007, and in 2018 she held the position of chair of the company’s audit and compliance committee when Tongaat Hulett was involved in an accounting scandal.

It was found that the company had overstated its assets by R4,5 billion.

Irba serves as watchdog that has to investigate auditing scandals and failures in corporate South Africa. It is an organisation that must act with vigour in the war against fraudulent activities, and it must be able to fulfil its obligation to take decisive action against companies that do not comply with the law.

Solidarity’s Financial Professionals’ Guild indicated they are relieved about the development, and they agree with the view held by various stakeholders that South Africans should be able to trust the regulator of the auditing profession to regulate auditors, who have such an extremely important function in the business world.

“It is important that any element that could create mistrust in the auditing profession be addressed and clarified.” – Henru Kruger, Sector Head of the Financial Professionals’ Guild at Solidarity.

A new board was appointed last year, and their responsibility was to take a decision on John’s future at Irba. Because of infighting and the resignation of several members of the board, they could not reach a quorum to make decisions and Finance Minister Tito Mboweni had to intervene to salvage the situation.

On 26 January this year, Mboweni held a meeting with the board after which he fired all the board members. Mboweni then appointed Nonkululeko Gobodo and Roy Andersen to act as caretakers until a permanent board is to be appointed within the next three months.

Daily Maverick reported that Mboweni had to take that decision because the board was facing certain challenges regarding the functioning of the board. However, Mboweni did not name the exact challenges experienced by the board.

According to Moneyweb, Imre Nagy, who has been with the audit watchdog for the past eight years and currently serves as director of inspections at the organisation, has been roped in to replace John. He will serve as acting chief executive.

According Gobodo en Anderson, John’s position at Tongaat Hulett created negative perceptions that unfortunately had an impact on her role at Irba.

John said that she would be available for the next three months to respond and assist the board whenever it is necessary.

The process to appoint a new board has already started and advertisements for nominations will be placed within the next week. The nominations committee will consist of Andersen, Gobodo and the acting accountant-general at the National Treasury, Karen Maree.

Mboweni will approve the final list of nominees and the process will be concluded within the next three months.