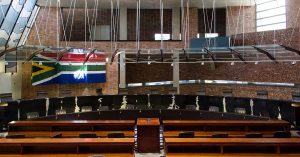 Judgment in the case Solidarity brought on behalf of its members against Barloworld Equipment South Africa, was reserved in the Labour Court today. Solidarity resorted to this court on an urgent basis to stop the race-based retrenchments at Barloworld. This comes after the services of selected employees were terminated as of 16 September 2020 after unlawful, race-based selection criteria had been applied to do so.

“The reason for employers’ implementation of race as selection criterion appears to be nothing less than the pursuit of the ANC government’s race classification for black economic empowerment (BEE),” Willie Venter, deputy general secretary for the metal and engineering industry at Solidarity.

According to its court documents, Barloworld claims that it consulted sufficiently and that it also considered proposals from trade unions. Furthermore, Barloworld argues that its criteria do not discriminate unfairly against white employees and that they are thus not disproportionately retrenched, as opposed to other employees. Barloworld also argues that this urgent application should be dismissed.

“Solidarity rejects these opinions of Barloworld seeing that proposed criteria were merely presented, and no attempt was made to consult in order to reach consensus. Furthermore, Solidarity submitted examples to court of members that were retrenched, where it appears that even with years of service behind their names, they lost their jobs due to transformation. Consultation on the selection criteria forms part of the retrenchment process and cannot be bypassed. Solidarity is firmly behind its members and will do everything in its power to ensure that fair and proper processes and procedures are followed,” concluded Venter.

Judgment in this case is reserved.