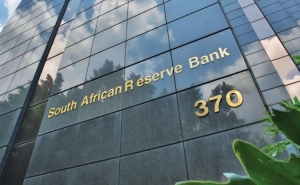 Solidarity today welcomed the reappointment of Lesetja Kganyago as Governor of the South African Reserve Bank.

“Over the past few weeks, the Reserve Bank has become one of the ANC’s ideological battlefields. This move by President Ramaphosa strengthens Mr Kganyago’s hands so that he, in the interests of all citizens, can keep the ‘the savages at the gate’ away from the Reserve Bank,” said Connie Mulder, head of the Solidarity Research Institute.

“Since our government manages its finances like a toddler in a candy shop, South Africa can only benefit from Kganyago’s strong and stable hand on the country’s monetary policy. An increasingly fierce attack on the Reserve Bank, its mandate, and ultimately the integrity of the Rand is on the cards – Solidarity wishes Mr Kganyago all the best with this fight,” Mulder argued.

The attacks on the Reserve Bank stem from a motion adopted by the ANC at its December 2017 congress calling for the nationalisation of the Reserve Bank.
“The time has come for the ANC and pres. Ramaphosa to officially renounce this senseless motion and to finally put to bed the uncertainty it brings,” Mulder stated.

“Given the motions on expropriation of land without compensation and talk of prescribed assets for pension funds, it is of the utmost importance that, in order to avoid the slippery slope to Zimbabwe, the Reserve Bank does not start to print money at random. Mr Kganyago must exercise his mandate with courage and must safeguard South African citizens’ savings against ANC kleptocracy,” Mulder concluded.