Labour market figures due to obsession with “racial maths” 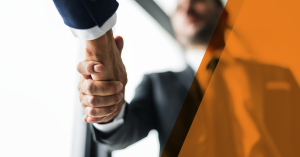 Solidarity today expressed its concern today over the current state of the labour market, stating that government’s fixation with “racial mathematics” when it comes to representivity remains one of the main causes of poor economic growth and unemployment.

“How can one ever expect to tackle the persistent and pernicious unemployment crisis in our country when policy makers are more concerned with figures such as the economically active population (EAP) used to determine employment equity benchmarks than they are with actual unemployment? Successful countries are the ones that don’t care about the colour of productivity. Yet, our government have an issue with the few producers because they are the wrong colour,” Anton van der Bijl, Head of Labour Law Services at Solidarity said.

Solidarity has been a vocal critic of the economic and social effects of the Employment Equity Act for years and has recently reiterated its opposition in comments on the proposed amendments to the Act by Employment and Labour Minister Thulas Nxesi.

“We hold the firm opinion that the proposed amendments, as well as the dogmatic application of the EAP as the determinative if not the sole criterion for appointments and promotions, are not just unconstitutional, but also irrational and extremely harmful, as can be seen in the results of today’s Quarterly Labour Force Survey (QLFS). Government should look to facilitate growth in the financial results of companies’ annual reports, rather than to try to ensure that the management portrayed on the photos is black,” Van der Bijl stated.

Solidarity is committed to continue its efforts to stop the devastating effects of government’s preoccupation with intervening in private companies’ hiring decisions.

“Our economy has come to a virtual standstill if it not outright receding. One of the major factors is that businesspeople are not being afforded the simple opportunity to make their own decisions regarding their workforce. In the interests of the entire economy, we must make it clear to government that they are not merely dealing with numbers on a spreadsheet; they are infringing upon the rights of human beings,” Van der Bijl concluded.