Legal action against SAHPRA over monopolisation of vaccine 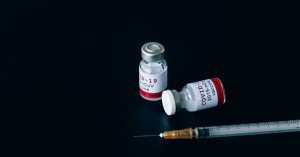 Solidarity was shocked to learn that SAHPRA’s registration of Johnson & Johnson’s Covid-19 vaccine contains provisions stipulating that only the government may purchase the vaccine. Solidarity has subsequently taken urgent legal steps.

“In short, the government is holding South Africa to ransom and this for its own ideological purposes. Whoever buys or sells the vaccine has nothing to do with its effectiveness or its quality. SAHPRA is setting irrational conditions for the registration of the vaccine which have little to do with medicine but much to do with politics,” Mulder continues.

Solidarity has no other option but to approach the court on an urgent basis to have these conditions declared irrational.

“South Africa is already miles behind with our vaccination programme – we are lagging behind countries such as Zimbabwe, Venezuela and Angola in terms of the number of vaccine doses administered per capita of the population. We need to vaccinate the entire population as quickly as possible – how someone acquires the vaccine is irrelevant for the purpose of group immunity. Slowing down the programme even further by excluding the private sector from the purchasing process with unreasonable regulations is inconceivable and simply means that more people will die,” Mulder warned.

“What makes this provision even more disturbing, is that the government proudly announced that enough vaccine doses have been secured for the entire South African population. Therefore, this provision has nothing to do with ensuring there is enough stock –  it is simply a cynical attempt to ensure that the government alone can decide who gets which vaccine. They want to make vaccine beggars of the South African public,” Mulder concluded.