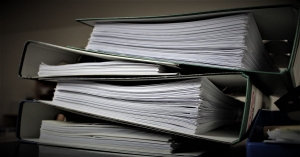 Recently it was reported that the Legal Practice Council was determined to prohibit law firms from setting the requirement that prospective candidate attorneys should have their own vehicle and driver’s licence, and the Council indicated that such a requirement would be “anti-transformative”. In addition, it was also reported that an investigation indicated that dozens of advertisements require proficiency in Afrikaans in addition to English, and some advertisements only required that a candidate should speak Afrikaans.

“This would mean that an attorney would be guilty of misconduct if his job advertisement required a suitable candidate legal practitioner to have a valid driver’s licence, and that he or she should own or have access to a motor vehicle,” said Henru Krüger, Sector Head of the Occupational Guild for Legal Practitioners at Solidarity. Furthermore, there has haver been a provision in law regarding what is considered to be “unusual”.

The language requirement is merely a practical, non-discriminatory element determined by the client base to be served, and it has already been recognised as such by the Legal Aid Council and pointed out in leading research. In 2019, the Legal Practice Council tried to abolish Afrikaans unilaterally without a proper consultation process, but this was stopped in court by the “Vereniging vir Regslui vir Afrikaans” (a society for Afrikaans legal practitioners).

This amendment will have the following implications for the legal profession:

“It is crucial that this profession and its various rights should be protected, and not subjected to prescriptions from a Council that promotes ideology and does not consider the real implications,” Krüger concluded.