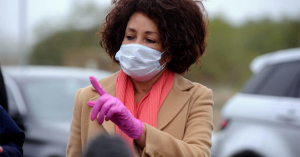 Solidarity today started a legal process against the Human Settlements, Water and Sanitation Minister Lindiwe Sisulu regarding the importation of Cuban engineers for water infrastructure projects in South Africa.

In the legal letter, Solidarity asks that the Cuban engineering programme be suspended immediately and that assurance be provided regarding the legality of the Cubans’ licensing and registration

It appears that the Minister’s decision to import Cuban engineers is not only foolish and immoral, but also illegal. At face value, these engineers do not appear to meet the registration requirements of the Engineering Council of South Africa (ECSA) that would enable them to practice fully.

“This means the group is paid a large amount of money, but they will be limited with regard to the work they may do, and in certain cases they will only be permitted to work under supervision. We now give the government the opportunity to explain. South Africa deserves an answer,” said Solidarity Chief Executive Dr Dirk Hermann.

According to Solidarity’s letter, there is major concern regarding the legality of the Cuban engineers, and specifically whether they are registered and licensed in terms of the Engineering Profession Act of 2000. Solidarity also asks, among other things, that the government should confirm whether all legal requirements are in place for Cuban engineers to work in South Africa.

In its letter, Solidarity also asks whether the advice and recommendations of the Engineering Council of South Africa were obtained and whether the requirements of the framework for the engineering profession have been met. He also requests that all information regarding the legal basis of the decision be disclosed.

The Minister has until Friday, 30 April, to answer, and then the content of the answer will determine whether Solidarity will bring an application for an interdict against the Minister.

Solidarity’s legal letter follows after the Engineering Council of South Africa implied in a letter that the Cuban engineers do not comply with registration requirements. The letter confirmed that the Cuban engineers must comply with the registration framework of ECSA, and it was brought to the Minister’s attention that Cuba is not a member of the International Engineering Alliance (IEA).

Solidarity also plans to communicate with the Engineering Council of South Africa.

“The question whether the Cuban engineers meet the necessary legal requirements is aggravating, but it still does not conclude whether it is right that they are here. Solidarity has made available to the Minister a list of 132 local engineers and other specialist skills that can do the job at a much lower cost than the Cubans. In addition, Cuba’s own water infrastructure is in chaos. There is therefore no reason why the Cubans should be in South Africa,” Hermann concluded.