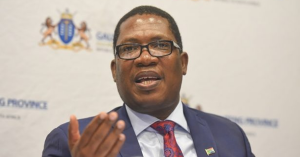 Solidarity, Solidarity Youth and the Solidarity Support Centre for Schools (SCS) today strongly denounced the visit of the Gauteng MEC for Education, Panyasa Lesufi, to Helpmekaar Kollege in Braamfontein.

“Mr Lesufi is exceeding his powers. He has no jurisdiction in this matter and has no right to prescribe to independent schools in this regard,” Melanie Buys, head of Development at the SCS, said. “The decision of the Department of Basic Education (DBE) that schools should only open on 15 February does not include independent schools. The DBE merely encouraged independent schools to also start later. However, the decision to agree to it, or not ,still rests with the particular school,” Buys says.

According to Buys, no directives have yet been issued by the department to provide clarity on whether schools that are ready for it may open earlier, and the SCS still supports all schools’ right to decide for themselves on their readiness to reopen safely.

“Mr Lesufi’s priorities as an MEC give cause for concern, and one cannot help but wonder whether his agenda really has the wellbeing and health of children and teachers at heart, or whether it is yet again a witch-hunt on Afrikaans and independent schools. To turn the matter into a media spectacle rather than to make an appointment with the principal is to act in extremely bad taste,” Dr Juran van den Heever, head of Solidarity Youth, said.  “It is time that this man be removed from his office as a matter of urgency”.

“Creating an environment where teachers can work and teach children safely is something every school strives towards. If an independent school can create such an environment it should be supported by the department rather than putting it under the microscope to find faults,” Hennie Bierman, head of the guilds at Solidarity, said. “A safe work environment provides security to employees, and teachers are no exception. Mr Lesufi could have achieved much more by visiting departmental schools, focusing on transforming those schools into safe environments so that they can be fully prepared for the new school year,” Bierman concluded.