WerkNet
Your Family
Your Career
Your Health
Your Money
You and the Law
Occupational Guilds
Solidarity Youth
S-Leer
Home › News Office › Let’s stay to build! 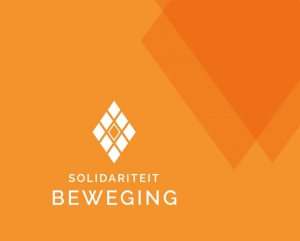 “Look for what is good and noble in the past, and build the future on it” – Paul Kruger, former President of the Zuid-Afrikaanse Republiek of 1883 to 1900

Free, safe and prosperous! – We are here to #BuildToStay

Today is not just Paul Kruger’s birthday. It is not the day the rains will come, as superstition has it. Today is the day of planting in the knowledge that the rain will come and that there is hope for a free, safe and prosperous future!

The Solidarity Movement today hosted a summit for the future where, among other things, plans were announced that would take us up to 2030.

The summit, which focuses on planning and creating a future for the next generation of young Afrikaners and Afrikaans-speaking young people, provides answers to the questions young people are asking out of uncertainty and despair. The questions being asked are not strange questions, but questions that must be heard and for which the Solidarity Movement wants to offer answers.

“What are you doing?” This question is a question so many people – young and old – are asking right now while they feel alienated in a country where government is currently deciding their future on their behalf. However, it does not mean that we long for the past because we live for today, but we want to plan and work for the future.

It is a fact that there are obstacles and that many people are currently looking for other opportunities abroad, but that is precisely why the Solidarity Movement is developing a network which every person can join through institutions such as Solidarity’s NetWork of Work, AfriForum’s fight-and-build plan and through other institutions such as Helping Hand which is creating opportunity for young students through its Study Fund Centre. The network also includes world-class training and education institutions such as Akademia and Sol-Tech offering quality instruction in Afrikaans, and the Schools’ Support Centre with its 30 independent schools that will have been established in anchor towns in South Africa by 2030. And so one cannot but believe that where there is a will there is a way!

Flip Buys, chairperson of the Solidarity Movement, made a point of emphasising that the Movement’s plans consist of self-reliance and self-management.

“Plans should not depend on government but should depend on ourselves – otherwise it would merely be a wish list.” – Flip Buys, chairperson of the Solidarity Movement

While Flip Buys openly criticised government for the failures of the past 25 years, he also raises serious questions about why in 2019 countries that were previously much poorer than a previously thriving South Africa are in a much better economic position than South Africa. The unemployment rate of a small country like Mauritius has decreased by 65% over the past few years. Buys also mentioned that a poor country like Ethiopia is faring better than South Africa, pointing out that that country’s national airline is currently the best airline in Africa, while the once proud SAA is struggling. There is even talk of Ethiopian Airlines wanting to buy part of SAA.

Those countries also have problems, but the difference is that they are working on solutions. The South African government is doing the opposite by looking for problems where solutions exist.

The Solidarity Movement is part of this very solution and offers more through self-management and self-reliance, all of it without the help or interference from the state. The less government the better the solution!

Why are we doing what we are doing?

Perhaps you have children, or you care about children and young people, or you are worried about friends and family, or the children of fellow South Africans because you care and because we all form part of a community where there is a need to create a future in which our children can safely grow up and where they can create a future for themselves.

The Solidarity NetWork must see to it that Solidarity’s community of members, the Afrikaner cultural community and the Afrikaans language community are free, safe and prosperous in the workplace.

Anyone who wants to work should be able to!

The Solidarity 2030 plan to stay is a community plan. All the institutions involved are merely vehicles. It is the community that has to drive those vehicles. The strength of the Solidarity Movement lies in being connected to one another.

This is why the Solidarity Movement is advising you to get involved at several levels and to contribute – even just a little bit. Be a volunteer, join, start your own patrol or neighbourhood watch with the assistance and training provided by AfriForum.

Other ways to become involved include establishing a study fund where you can guide the future of South Africa in the right direction, taking out a Virseker policy or investing your hard-earned money with Kanton.

You can be a friend or an ambassador! Recruit your friends, read Maroela Media and listen to your community radio station.

Take part in conversations, even if it is on social media. Criticise where it is necessary, but also give credit where it is due. Don’t throw mud, rather build bridges to other communities in South Africa. Learn to speak the language of fellow citizens and make a difference!

The Solidarity Movement is going to stay, but we are not going to keep quiet. We believe in autonomy and self-reliance. Our future need not be determined by the state, because the power of the community is stronger than the power of the state!

Join us in building a future where the Afrikaner cultural community and the Afrikaans language community are free, safe and prosperous. Let us build to stay!

SMS the word BOU to 34802 to help build a bright future for your children or visit the following link for more information – http://boufonds.solidariteit.co.za/bou-om-te-bly/