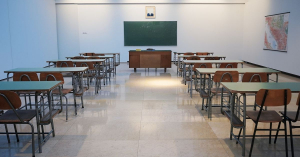 According to Solidarity, the department has no say in the dates on which independent schools should open or close.

“The pandemic is going to last for a long time and an unlawful decision now may set a precedent for abuse of power in the future,” Solidarity Chief Executive Dr Dirk Hermann said.

In its lawyer’s letter, Solidarity informs the minister that she does not have the powers to issue such directives compelling independent schools to these actions, noting that these powers vest only with the Minister of Cooperative Governance. Consequently, the issuing of such directives by the DBE is in fact invalid. Solidarity further insists that the government amend the directives accordingly and publish such in the Government Gazette by no later than 16:00 on 25 January.

“The minister is acting outside the powers conferred on her. Announcing now that independent schools must wait another week before they may reopen, or that those that have already opened have to close again, is unlawful. A pandemic does not justify wrongful decisions,” Hermann contends.

Independent schools have unique circumstances which have to be considered, and in many cases those are smaller schools. Unlike public schools, their teachers are not paid by the state. A postponement of the school year exposes this group to a great extent. Most of them are in a position to strictly adhere to Covid-19-protocols and such measures are already in place.

None of these schools want to stand indifferent to the virus. However, they want to find a balance between the best interests of the child, the sustainability of the school, the health of all, and sound education.

“So many schools that can open are now being punished simply because other schools that do not comply with protocol are not ready yet. Instead of striving to bring other schools up to standard and limit the impact of closures, the minister is now spreading the damage as wide as possible,” Hermann said.

The opening and closure of schools has little impact on the Covid-19 infection rate. Research and various recommendations from experts, including the United Nations’ Children’s Fund (Unicef), still hold that schools should remain open and should only be closed as a last resort. Active cases of Covid-19 have also been decreasing daily for more than a week in South Africa.

“It is clear that these directives are not in the best interests of independent schools, their teachers or their learners, but rather have become a political tool certain MECs want to use to enforce their power. Moreover, this directive is not in line with the statements of the Deputy Minister of Basic Education made at the press conference on 15 January but is rather in line with Panyasa Lesufi’s bully tactics, as was recently evident at Helpmekaar College and at Curro. It is clearly not about the virus but about central control,” Hermann concluded.