Level 3 of national lockdown to continue – with adjustments 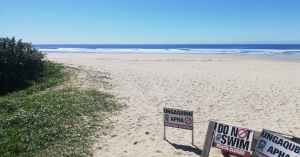 He mentioned that the decision to adjust the regulations was taken because the pandemic in South Africa is now at its worst and pointed out that the number of new cases, hospital admissions as well as deaths are now at the highest point since the coronavirus first appeared in the country in March 2020.

According to the president, 190 000 new cases have been recorded since the start of 2021, and 4 600 people have succumbed to Covid-19. Ramaphosa mentioned that more than 15 000 South Africans are currently receiving hospital treatment with approximately a third of them needing oxygen support.

Since March 2020 more than 1,2 million cases have been reported in South Africa and the deaths already totalling more than 33 000.

Ramaphosa said that infections in Gauteng are on the increase with the number set to rise as more holidaymakers return home after the festive season. Ramaphosa pointed out that KwaZulu-Natal is the province with the highest average number of cases over the last seven days, followed by the Western Cape, Gauteng, Limpopo and Mpumalanga. The increase in cases is due to a new Covid-19 variant in South Africa. This variant spreads faster which means that more people become infected with the virus in a far shorter space of time.

The president referred to initial research suggesting that the new variant is not more dangerous than the original variant. It does, however, put huge pressure on the health system because the cases are increasing exponentially.

Pres. Ramaphosa made the following announcements about regulations that apply during level 3:

Curfew – The curfew has been shortened by an hour in the morning and will now be from 21:00 in the evening until 05:00 in the morning. Restaurants and pubs must close their doors at 20:00.

Schools – According to the Ramaphosa the National Coronavirus Command Council will supply further information on the reopening of schools later this month.

Land borders – South Africa will close its land borders until 15 February. This decision was taken to reduce congestion of people wanting to enter the country. The six busiest border posts that will be closed during this period are: Beitbridge, Lebombo, Maseru Bridge, Oshoek, Ficksburg and Kopfontein.

Ramaphosa mentioned that some exceptions will apply to this rule and border posts will be open for the transport of fuel cargo and other goods, for people needing medical attention, the return of South African citizens and for foreign nationals who need to return to their respective countries.

Gatherings – Most indoor and outdoor gatherings will not be allowed because the risk of transmission is simply too high. This includes all social gatherings, religious gatherings, gatherings at sports grounds as well as political events.

Exceptions where gatherings will be allowed include funerals which may only be attended by 50 persons where all Covid-19 safety protocols are in place and are adhered to. Gyms, restaurants as well as museum may still be open to the public as detailed in the regulations.

Alcohol – The ban on the sale of alcohol, as announced on 28 December, is still in place and the rules in this regard still apply.

Beaches – All beaches, rivers, lagoons, public parks as well as public swimming pools in hotspots remain closed. Botanical gardens, where access control can be exercised, remain open to the public though.