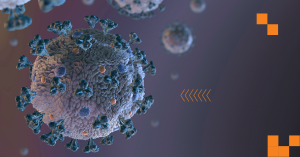 Solidarity had a meeting with Denel on 18 May after receiving communication from Denel indicating that it would not be possible for the arms manufacturer to pay employee’s salaries at the end of May.

“The current lockdown measures are aggravating the situation in which Denel already finds itself. As a result, no income is generated, and taking into account historic liquidity problems experienced by the company, cash flow has dried up to such an extent that salaries cannot be paid next week,” said Helgard Cronje, sector coordinator for defence and aviation at  Solidarity.

Solidarity believes that the current lockdown regulations should be terminated to allow businesses such as Denel to generate income so that they are no longer dependant on the state or have to rely on additional aid packages or bailouts. There is no need to make a choice between work and health; all businesses can open their doors and allow workers to start working without compromising their health. Many people are losing income, and companies and businesses are suffering huge losses with catastrophic consequences for the economy.

Orders to the value of R101 million cannot be delivered at present because export permits are not being issued. Those are exactly the type of orders that determine whether people can be paid salaries or not.

The permits are approved by the National Conventional Arms Control Committee (NCACC) and are issued by the Directorate: Conventional Arms Control (DCAC). Those bodies have been closed during the lockdown. Apparently, the Directorate will only open on 20 May. It is not possible to determine how long it would take before the NCACC, a committee several ministers serve on, would meet again to approve, or not approve permits.

The state, which is also Denel’s shareholder, must do everything in its power to expedite those bureaucratic processes to ensure people’s income. The current lockdown regulations exacerbate the financial plight of companies, loss of workers’ income, and contribute to a full-blown social crisis in South Africa. Companies must be allowed to do business and workers must be allowed to work without having to compromise their health,” Cronjé concluded.